In defense of Microsoft: there was no Surface failure at the NFL playoffs 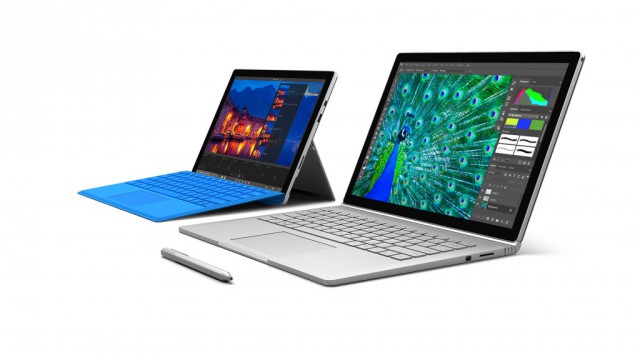 Brace yourselves: I'm about to stick up for Microsoft. While I'm happy to criticize the company for its failings (and maybe kick it when it's down from time to time), complaints that cropped up over the weekend seem completely unjustified. I'm talking about this weekend's NFL playoffs.

I'm far from being a football (or indeed sport of any description) fan, but my news timeline has been filled with headlines about how Microsoft suffered embarrassment when its Surface tablets (now famously used on the sidelines and mistakenly referred to as iPads) failed during the Broncos-Patriots game. Except the problems that led to an information blackout was absolutely not the fault of Microsoft, or its Surfaces.

The number of news outlets -- including normally reputable, trustworthy sites -- that quickly jumped on the 'bash Microsoft' bandwagon, was astonishing. Even sites that reluctantly admitted that the problems were not down to Surface failure (I'm looking at you Samuel Gibbs at the Guardian) certainly went a long way to make it seem as though Microsoft's tablets were to blame.

The technical issue which meant that information was not fed through to sideline Surfaces lay with the stadium's wireless network -- illustrated perfectly by the fact that the solution to the problem was, initially, to connect the tablets to a wired network. Microsoft is understandably bemused by accusations that the problems were anything to do with the Surfaces themselves. The company issued a statement saying:

Our team on the field confirmed the issue was not related to the tablets themselves but rather an issue with the network. We worked with our partners who manage the network to ensure the issue was resolved quickly.

Despite quoting this statement, Samuel Gibbs goes on to say "whether or not the tablets themselves were at fault..."; they weren't, Samuel, we've just established that! Of course, Mr Gibbs is not alone in the tone he chose to adopt in his article -- there are countless factually incorrect articles out there. In his defense, Gibbs' post is technically correct throughout, but it is written in a tremendously misleading fashion.

Yep. Cos the wireless network was borked. But the implication from the headline is that there was Surface failure.

Yes, they did indeed. But again, this is because of the network problems. Sadly the takeaway from this sub-head is 'sponsored Windows tablets fail'.

The first sentence of the article: "Microsoft's Surface tablets went offline at a crucial moment in last night's NFL playoffs...".

Yes, again this is correct, but the implication is that Surfaces were to blame.

Next sentence: "The tablets, which serve images of previous plays with both team's positions, went offline for at least 20 minutes leaving coaching staff and play callers enraged".

Christ almighty... by all means give Microsoft a kicking, but at least make sure it's justified. I know I'm not alone in feeling this way -- Richard Hay is of a similar mind over on Winsupersite.

68 Responses to In defense of Microsoft: there was no Surface failure at the NFL playoffs