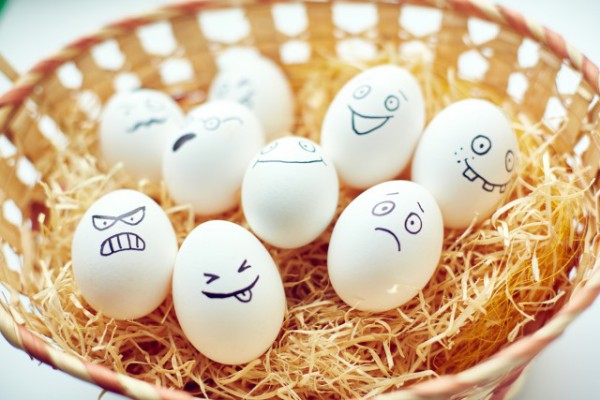 The 'liking' of online content goes hand in hand with using Facebook. It's a simple idea, and one that has been copied by the likes of Google, Twitter and countless other sites. But as great as the iconic Like button is, it's hugely limiting and insufficiently expressive. There was talk of Facebook introducing a Dislike button but this idea (if it ever existed) was canned in favor of 'reactions'. Facebook has been testing reactions for a while, and now the feature is on the verge of a global rollout.

Mark Zuckerberg said this week that the glorified emoji will spread to all users 'pretty soon', but while people will undoubtedly embrace the option to do something other than just 'like' friend's post (how appropriate it is to 'like' the status "My cat just died"?), reactions are still very limited. Users will be restricted to expressing just five emotions -- cut down from six as testers were apparently too stupid to understand a 'yay' emoji -- meaning that reactions will be almost as limiting and blunt as the humble Like button.

We're not much closer to knowing exacting when reactions will be available worldwide, but when the rollout does eventually happen, users will be able to express themselves through Love, Haha, Wow, Sad, and Angry emoji. The Yay option -- essentially a smiley face with eyes blissfully closed and lovely rosy cheeks -- was dropped after Facebook found "it was not universally understood".

One can't help but feel that Facebook has rather overthought reactions. So what if an emoji is not universally understood? Take a look through the ever-growing of official Unicode emoji -- there are some weird entries on that list! How should one react to the 'face without a mouth' emoji? Is the thermometer is the 'face with thermometer' emoji actually a spliff? Who's to say that the crosses over the eyes of the 'astonished face' emoji are indicative of having been blinded?

This is precisely the point. Emoji -- just like facial expressions -- can be interpreted in many ways. That's the beauty of being human. Does it matter if the Yay reaction was not universally understood -- and what does that even mean? Are we only allowed to interpret an icon in one way? Who makes this decision?

The official list of emoji includes (literally) hundreds of entries. Some are utterly, utterly bizarre. How many times have you felt the need to use (or how many times have you seen someone else use) the 'diamond with a dot' emoji? How about the 'vibration mode' one, or 'syringe' one? The chances are that you have never used them, and the very fact that they are so odd means that they could be used in numerous different ways. Why should it be any different with the Yay reaction? Facebook really should just have left people to use the reactions in whatever way they see fit.

And while we're at it, why on earth limit people to just five emotions and a Like option? The official Unicode emoji is there and ready to be used -- why not just integrate them into the new reaction system so that people are given a far wider range of options. The 'pile of poo' emoji would almost certainly be overused, but with over a thousand images to choose from, it would give Facebook users the ability to express pretty much the full gamut of emotions.

Five reactions? I'm more expressive than that when I make a cup of coffee in the morning!

That’s the reality. That's why Facebook is keen to keep its users emotionally stunted.