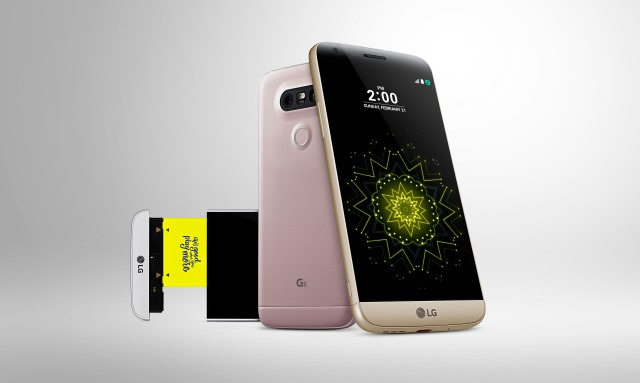 Mobile World Congress 2016 kicks off today in Barcelona and one of the first announcements from the show is the LG G5. This is a modular smartphone that features a number of swappable modules that can be used to tailor it to different needs.

Powered, naturally, by Android 6.0 Marshmallow, the LG G5 features a removable battery, but it is the add-on 'friends' modules that are of particular interest. At the moment there are just two modules available -- the LG Hi-Fi Plus with B&O PLAY, Hi-Fi DAC audio player, and LG CAM Plus, which transforms the smartphone into something more akin to a traditional camera. But the LG G5 does not rely on gimmicks; it also has some impressive specs.

Taking style notes from HTC and Huawei, the G5 has a metal, unibody design. There's an always-on display -- a 5.3 inch, curved 3D Arc Glass affair -- that provides at-a-glance access to notifications and the time, and there are also two rear-facing cameras.  There's a 78-degree standard lens, as well as 135-degree wide angle lens allows for more adventurous photography. If you intend to use the LG G5 for taking lots of photos, you might be concerned about how this will impact upon battery life. LG aims to assuage these fears by including an extra 1,200mAh battery in the LG CAM Plus module. 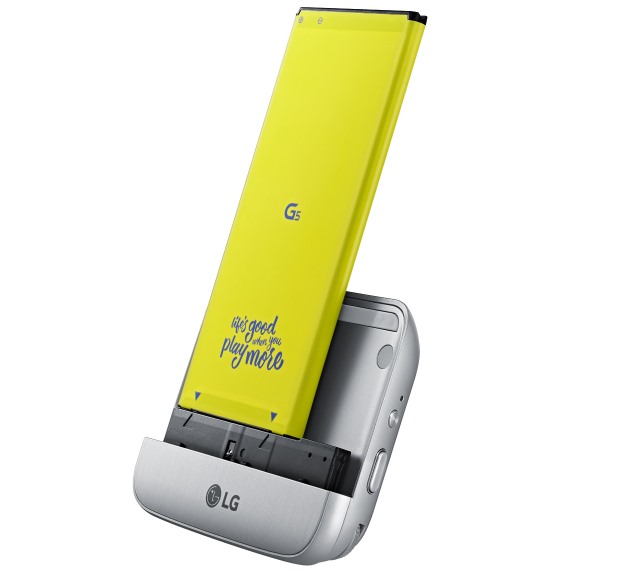 The company also makes much of the display, and says that the always-on feature "requires only 0.8 percent of the battery’s full capacity per hour to operate". The screen adjusts to lighting conditions to ensure maximum visibility at all times -- brightness is automatically increased or decreased up to 850 nits. For those keeping an eye on their batteries, there's more good news. The LG G5 features Quick Charge 3.0 which LG says is "27 percent faster and 45 percent more efficient than the previous generation".

When it comes to modules, LG says that there are more planned. The camera and DAC add-ons may not be to everyone's taste, but it will be interesting to see what else LG comes up with in the coming months. With LG using MWC 2016 to announce a new VR headset, there could be a lot to look forward to. 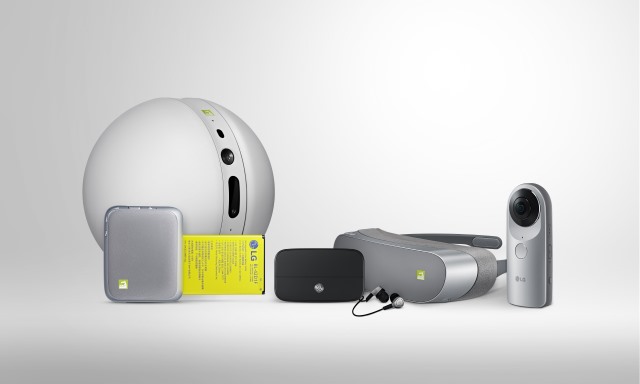 At the moment, there is no word on availability and pricing.