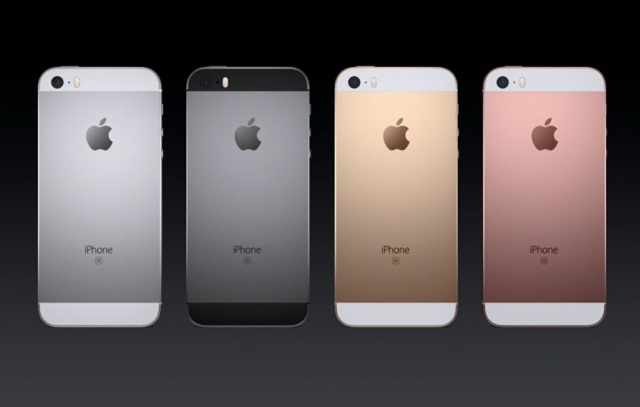 It has been rumored for some time now, but at its Let us loop you in event in Cupertino Apple finally took the wraps off the iPhone SE. It's a new iPhone, perhaps not the new iPhone everyone wants, but a new iPhone nonetheless. Speculation has been rife about what corners would be cut to keep the price down -- and, indeed, what the price would be -- and now we know.

As expected, the iPhone SE is a 4-inch handset and it blends features from the iPhone 5s and iPhone 6s to create a mid-range device that Apple hopes will not only appeal to new markets, but also help to retain existing customers put off by the price of higher-end iPhones. But what's inside the case? (And, no... there's no word on the iPhone 7 yet.)

In terms of appearance, the iPhone SE is not a million miles away from the iPhone 5s -- there's a definite retro look to it. Inside, there's an A9 processor and there are 16GB and 64GB storage options to choose from. Touch ID is present for easy phone unlocking, but if you were hoping for 3D Touch, you're out of lock. There is also support for Apple Pay so Apple can continue to push its contactless payment method to more people. In terms of performance, Apple says that it's the same as the iPhone 6s.

There are two cameras on board to cater for photographic needs -- an 12MP rear-facer, and a one facing forward. Other specs include: