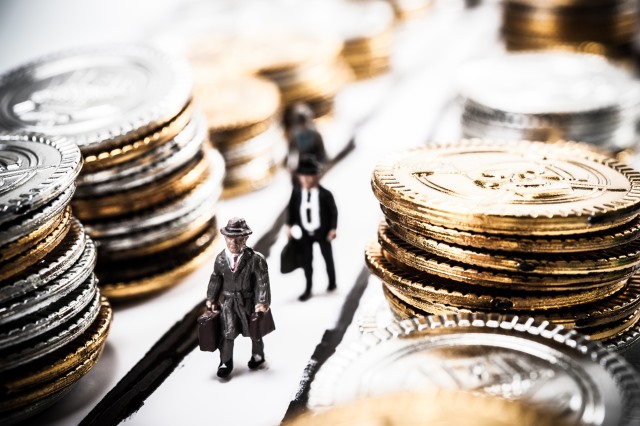 Back in the spring of 2012 Congress passed the Jumpstart Our Business Startups Act (the JOBS Act) to make it easier for small companies to raise capital. The act recognized that nearly all job creation in the US economy comes from new businesses and attempted to accelerate startups by creating whole new ways to fund them.

Just for the record, what we are talking about here is equity crowdfunding -- buying startup shares -- not the sort of crowdfunding practiced by outfits like Kickstarter and IndieGoGo where customers primarily pay in advance for upcoming startup products.

The vision of Congress as written in the JOBS Act was simple -- there had to be an easier and cheaper way for startups to raise money and the American middle class deserved a way to participate in this new capital market. Prior to the act only "qualified investors" -- individuals with a net worth of $1 million or more or making at least $200,000 per year -- were allowed to invest in startups, so angel investing was strictly a rich man’s game. The JOBS Act was meant to change that, creating new crowd funding agencies to parallel venture capital firms, broker-dealers, and investment banks and allowing regular people to invest through these new agencies.

But equity crowd funding under Title III of the Act -- crowd funding for regular investors -- was controversial from the start, which may help explain why it has taken so long to happen. Once the act was signed into law in April, 2012 the issue of potential fraud took center stage. Equity crowd funding with its necessarily relaxed reporting and investor qualification requirements looked to some people like a scam in the making. Having barely survived the financial crisis of 2008 promulgated by huge financial institutions, were we ready to do it all over again, but this time at the mercy of Internet-based scam artists? That was the fear.

The real story is, as always, more complex. Equity crowd funding promised to take business away from the SEC’s longtime constituents -- investment banks and broker-dealers. The idea was that an entirely new class of financial operatives would come into the market, potentially taking business away from the folks who were already there. And since the SEC placed power to organize and administer equity crowd funding in the Financial Industry Regulatory Authority (FINRA) -- a private self-regulatory agency owned by the stockbrokers and investment bankers it regulates -- the very people whose income was threatened by a literal interpretation of the JOBS Act -- no wonder things went pretty much to Hell.

There are problems with Title III equity crowd funding for all parties involved -- investors, entrepreneurs, and would-be crowd funding portals. What was supposed to be a simple funding process now has 686 pages of rules and those say that unqualified investors with an annual income or net worth of less than $100,000 can invest in all crowdfunding issuers during a 12-month period the greater of $2,000 or five percent of your annual income and individuals with an annual income or net worth of $100,000 or more can invest 10 percent of annual income, not to exceed $100,000 per year. And these investments have to be in individual startups (no crowdfunding mutual funds).

For entrepreneurs the current maximum to be raised is $1 million and that has to be finished within 12 months plus there are more financial qualification expenses than for raising money from traditional VCs. Crowd-funding portals end up having more liability than they’d probably like for the veracity of the companies they fund making it possibly not worth doing for raises below $1 million.

Equity crowdfunding starts on May 15 so we won’t really know how it plays until after then, but the prospects for Title III aren’t good. Angel funding (Title II) has no such investment or total raise limits and there’s also a Title IV mini-IPO that allows traditional broker-dealers to raise up to $50 million. Plus there is the simple fact that VCs don’t like crowded cap tables and if you expect your startup to need more money from them then Title III might work against you.

In the long run I suspect that the SEC and FINRA caution will drive equity crowd funding offshore. The US isn’t the only country doing this and some of the others are both ahead in the game and more innovative, especially the UK and Israel. So if I want to raise a crowdfunding mutual fund to invest in a basket of American tech startups, which makes all the sense in the world for a guy like me to do, I’d do it in London or Tel Aviv, not in the USA even though most of my investors might still be Americans.

Back in 1998 I spoke to the National Association of State and Provincial Lotteries, explaining to them the potential of the Internet as a gambling platform. The lottery officials were astounded to learn that they couldn’t stop the Internet at their state lines. I recommended they embrace the new technology and become gambling predators. Of course they didn’t and a robust international Internet gambling industry was the result. By moving so slowly and erring too much on the side of protection I fear the SEC and FINRA will guarantee a similar result for equity crowdfunding.

3 Responses to Equity crowdfunding finally arrives May 15: Curb your enthusiasm