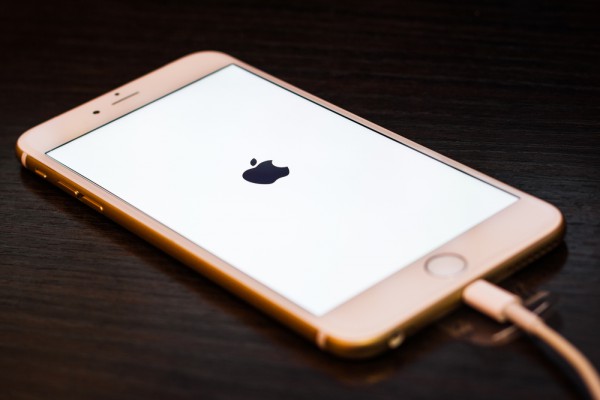 Listening to Apple's fiscal second quarter 2016 earnings conference call yesterday was like attending a funeral—where the eulogy is for someone whom you know has gone to Hell. There's no way to sugarcoat that the good days are over and an eternity of burning flesh awaits. I kid you not. Haul over to iTunes and download the replay. You'll feel the grim reaper looking over your shoulder while CEO Tim Cook talks as joyfully about Apple's performance as a man granted last words before the gallows.

And I wonder why? So what that Apple reported its first revenue decline in 13 years, or that iPhone sales fell for the first time ever, or that Q3 guidance is a few billion short of Wall Street consensus? This friggin' company still mints money, and that ain't changing anytime soon. Revenue reached $50.6 billion—more than Alphabet and Microsoft combined, with $9.8 billion to spare. Apple's $10.5 billion net income exceeds that of both companies. Oh, and iPhone generated more revenue ($32.86 billion) than either competitor's total sales. Apple ended the quarter with a $232 billion cash horde. And we get a wake, not a celebration?

The problem isn't the results but the narrative—and Mr. Cook's failure to control it. Apple is, as it has long been, a perception company. What people perceptive to be true matters more than what is. When your business is selling aspiration to people willing to pay more to get it, perception is everything. Shares didn't have to slump 8.5 percent in after-hours trading. Analysts, investors, journalists, social media sharers, and web trolls shouldn't have come away thinking the gravy train is over. They need some good old-fashion leadership inspiration.

They want to believe. There's magic behind the Apple brand and good will with it. The fruit logo company personifies the American Dream. Cofounder Steve Jobs' corporate life is the classic redemption story, and Americans love a good one. That's the magic behind Apple. The myth and the man—and his successor.

Tim Cook is a logistical genius, who never received enough credit for Apple's rags-to-riches success story when Jobs lived. The then-COO masterfully managed distribution and manufacturing, and it's a role he was destined during the post-Jobs era when Apple needs a chief executive focused more on customer retention than crazy-ass innovation.

Among the reasons fiscal Q3 guidance is low: Apple fine-tunes the machine, by pruning channel inventory by $2 billion value. With exchange rates crazy high and some regional economies retreating, Cook acts cautiously and responsibly. The action has lots more to do with global economics than slowing smartphone sales. But from the tone of yesterday's conference call you'd think he was chopping off an arm to save the body from gangrene.

Some ways worse: the terrible faux made during the analyst Q&A. I'll need stitches, for startlingly chomping my tongue hearing Cook say: "In terms of do I think the smartphone market is mature, I think that the market, as you know, is currently not growing". Not growing? Frak me, don't say that!

He corrected the stumble, somewhat by adding: "However, my view of that is that's an overhang of the macroeconomic environment in many different places in the world—and we're very optimistic that this too shall pass and that the market and particularly us will grow again".

Grow again? Hello, Mr. Cook, where's the perception management? Apple had a huge quarter! Sales didn't stop. By what measure did they really slow? You could say they did compared to Apple's own year-ago quarter, when release of larger iPhones unleashed pent-up demand. Measured against the rest of the market, Apple had a phenomenal three months. Grow again? Growth never stopped.

Tim Cook did spend time identifying the three types of iPhone customers that Apple pursues and how the company will get them. But the explanation was clinical, like a coroner dictating autopsy findings for that guy who died and went to Hell—the aforementioned dude mourned in misery. I didn't feel Cook's conviction, nor did he inspire confidence that the Good Ship Apple had only hit some choppy waters and when the swells pass another tropical destination lies ahead.

If Apple doesn't control the narrative, inspire confidence, passengers and crew will abandon ship. Perception is everything, and the emerging narrative already is this: Good Ship Apple has run aground and is sinking. Lies!

Many other CEOs would lose a limb to have a bad quarter like Apple's. More than $50 billion in sales and over $10 billion income? Yeah, please, give me a problem like that. They aspire to be so lucky, and that word is the missing thing. Aspiration. You see it in Apple advertising, like the "Dillan’s Voice" or "Onions" commercials  Maybe Tim Cook should watch some of his company's own marketing materials before his next broadcast interview—and he needs lots of air time to course correct yesterday's earnings call fiasco.

Mr. Cook, be the genius behind the scenes navigating treacherous macroeconomic waters, reserving the clinical, mathematical analysis for the crew. Everyone else wants to feel good about Apple's successes in the present (the ship's journey) and those surely ahead (future ports of call) and how products, platforms, and services will make all our lives better. Celebrate the living, not the perceived dead, Sir.

Have I mixed enough metaphors to make the point?