Own a Raspberry Pi? You need to download this Raspbian Linux OS update -- here's what's new 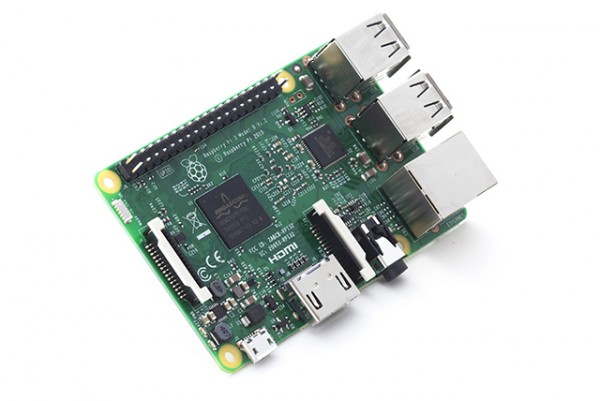 No matter how great hardware is, you need software to make it have any value. After all, what good is a computer without an operating system? Who would want a powerful graphics card without drivers? A good computing experience is the successful marriage between hardware and software.

A great example of this is the Raspberry Pi. At first, the specs and diminutive size pull you in, but then you must ask, what can you do with it? You will need to install an operating system to get started, and one of the most popular is Raspbian. Today, that lightweight Linux distro gets a big update. There are some significant updates here, so trust me when I say you need to get it!

If you are a Linux geek like me, you will be excited to know that the kernel has been updated to 4.4. While this may not be meaningful to the casual end-user, developers and more advanced users will appreciate it.

The most notable change, however, is the addition of a UI toggle for the integrated Bluetooth in the Raspberry Pi 3. Simon Long, UX Engineer says the following:

I'd hoped to be able to use one of the existing Linux Bluetooth UIs, but on trying them all, none were really what I was looking for in terms of usability and integration with the look and feel of the desktop. I really didn’t want to write one from scratch, but that ended up being what I did, which meant a fun few weeks trying to make head or tail of the mysteries of BlueZ and D-Bus. After a few false starts, I finally got something I felt was usable, and so there is now a Bluetooth plugin for the lxpanel taskbar. 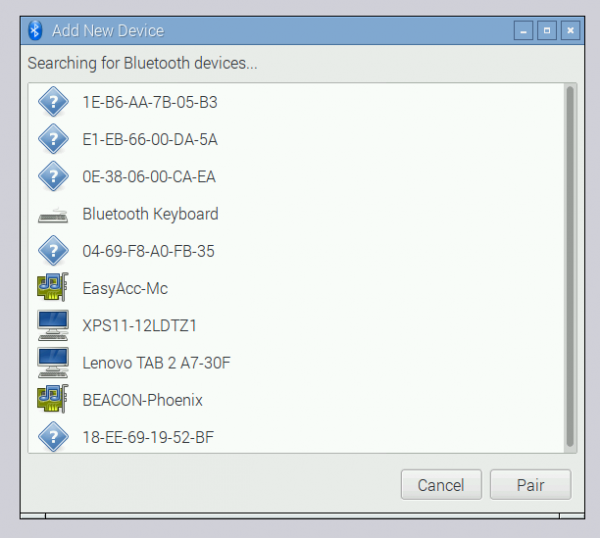 Yeah, it seems a bit embarrassing to have such a minor thing missing from the previous release, but Long explains that the team simply ran out of time. For the typical consumer computer, such a thing would be unforgivable. On a dev-friendly low-cost SoC? Totally fine.

Unfortunately, Bluetooth support still remains limited, but I think the limitation will be fine for many. As of now, you can only interact with mice, keyboards, and audio devices, but hey, that is what most folks will want anyway, right?

One query which comes up a lot on the forums is about the best way to back up your Pi. People also want to know how to migrate their Raspbian install to a new SD card which is larger or smaller than the one they are using at the moment. This has been difficult with the command-line tools that we’ve recommended in the past, so there is now a new application to help with this, and you’ll find it in the menu under ‘Accessories’.

The SD Card Copier application will copy Raspbian from one card to another -- that’s pretty much all it does -- but there are several useful things that you can do as a result. To use it, you will need a USB SD card writer.

There are many other updates too, including improvements to the mouse settings, and the ability to empty the wastebasket through right-clicking as seen below (yes, seriously). There is even a new shutdown dialog, something even casual users should notice. 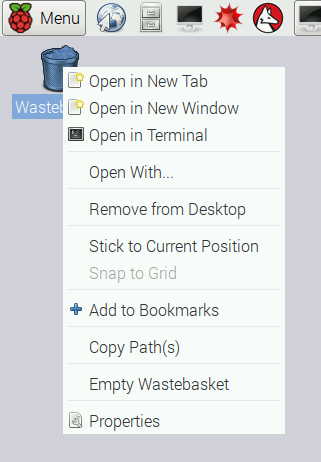 If you want to do a fresh install of the operating system, you can get it here. Existing 'Jessie' users wanting to do an upgrade should use the following commands in terminal.

What do you think of the new version of Raspbian? Give it a go, and tell me in the comments.

39 Responses to Own a Raspberry Pi? You need to download this Raspbian Linux OS update -- here's what's new