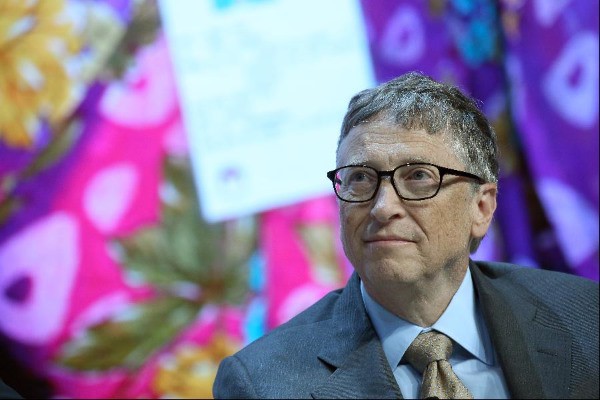 When Al-Qaeda destroyed two World Trade Center buildings, it felt like everything changed. Seemingly overnight, the citizens of the USA went from being fairly care-free to having to constantly look behind their collective backs. It is now 2016 and when I go to Penn Station in New York City, I still see military people with assault rifles. Sadly, this is apparently the new reality.

Now, that same terrorist group is threatening business men and women in America. It is particularly sad that a person must live in fear because of their success. One particular person being threatened is Microsoft's founder, Bill Gates.

According to The Washington Times, Al-Qaeda's official online propaganda magazine Inspire, contains a montage of violent images -- things like guns and blood -- next to an image of Bill Gates. The terrorist group is calling for home invasion murders of successful business folks, like Gates, which is absolutely sickening.

Regardless of your feelings towards Microsoft, I am sure you agree that its founder does not deserve a target on his back -- no one does. Quite frankly, Mr. Gates' work with that company has contributed greatly to improving the world. Windows alone is a large factor in the advancement of the personal computer.

Now semi-retired, the man has become a philanthropist, donating resources to helping humanity. His foundation has even developed a machine that turns waste into clean drinking water. He should be admired, not threatened.

It is easy to see why a group that hates the USA and its freedom would target Bill Gates. Not only is he one of the richest people in the world, but a symbol of the American dream. Even as an older man, the image of a young and bright technology success is still ingrained in our society. Even presidential hopeful Donald Trump thinks Gates is powerful enough to close down the entire internet!

Feel free to leave a message of support for Bill Gates in the comments below.