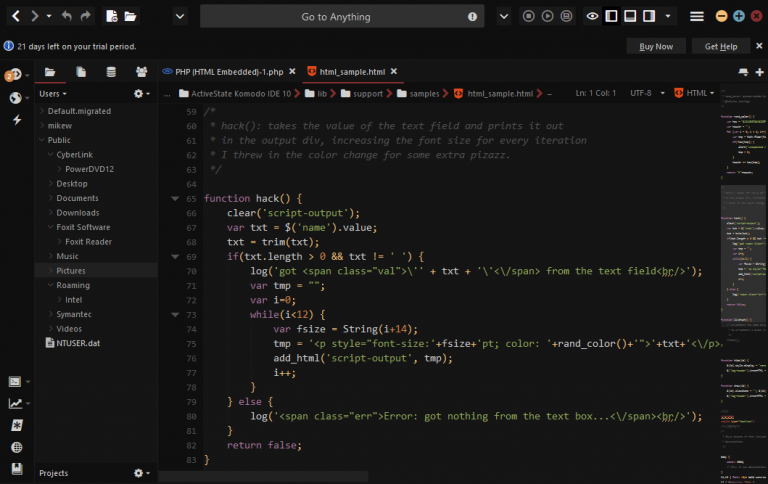 ActiveState Software has released Komodo IDE 10, a major update for the already powerful development environment. New support for Chrome Remote Debugging means there’s no need to keep switching from the IDE to Chrome’s web tools: you can do all your coding and debugging from inside Komodo.

Web developers get a similar boost with smart integration of Gulp, Grunt and NPM.

All this comes packaged in a completely redesigned and skinnable interface, with new default keybindings. They’re clearer and more consistent than the previous set, but if you don’t want to change, no problem -- the "classic" keybindings can be restored in a click or two.

Komodo IDE 10 is a commercial development environment for Windows, OS X and Linux.