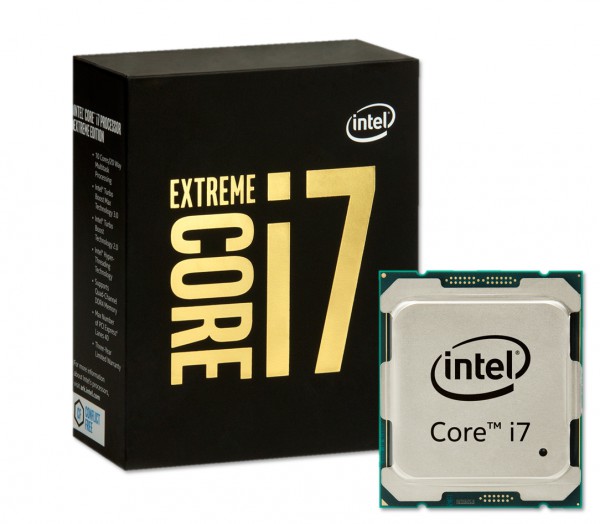 When it comes to building a PC, there are many directions you can go. Of course, the most important question you must ask is, what are you going to do with it? Ideally, you don't want to pay for more than you need. If you will just be surfing the web, you probably don't need a hardcore GPU and 32GB of RAM. With that said, some folks with money will just buy the best regardless. If you can afford it, hey, why not?

Today, Intel announces its Broadwell-E line, including its fastest processor ever, the new Core i7 Extreme Edition i7-6950X. They feature support for DDR4 2400, and the top Extreme Edition has a jaw-dropping 10 cores. Before you get too excited, please know that these are designed for those with money to burn. For example, that 10-core variant costs more than $1,700!

"Intel Core i7 processor Extreme Edition opens up new levels of performance and capability enthusiasts never thought possible. Forty PCIe lanes connected directly into the CPU allow for system expansion with fast SSDs, up to four discrete GFX cards and ultra-fast Thunderbolt 3.0 technology. Massive Intel Smart Cache of up to 25MB and quad-channel memory improves responsiveness and decreases startup time when working with large files and applications. The new Intel Turbo Boost Max Technology 3.0 steers applications to the highest-performing core, improving single-threaded performance by up to 15 percent The Intel Core i7-69xx/68xx processor family is also unlocked, an important feature for enthusiasts who want the extra headroom and tools to push their system to the limit", says Intel.

"Gamers today do more than just gameplay; they're playing in 4K, they live-stream, record, edit and upload their highlights online, and communicate in real time with their eSports team or competitors. We call this mega-tasking, when simultaneous, compute-intensive, multithreaded workloads are needed. The Intel Core i7 processor Extreme Edition has up to 35 percent better 3D rendering performance for vivid 4K gameplay while accomplishing other compute-intensive tasks in the background. A new era in virtual reality has also begun and achieving the premium VR experiences delivered by the leading headmounted displays on the market requires powerful PCs for both consuming and creating VR content".

If you are thinking of buying these processors for gaming alone, you are probably wasting your money. Don't get me wrong, these i7 Broadwell-E chips are downright godly, but you can likely do much better balancing your budget on a gaming card and other components.

Many folks will simply never really utilize the 10 cores found in the top model, making the investment in it a bit questionable. If you are doing very heavy multitasking work for business, then the $1700 cost could be justified. Otherwise, you may be paying for nothing more than bragging rights. Heck, you can get better single-core performance with higher-clocked and lower-priced processors. 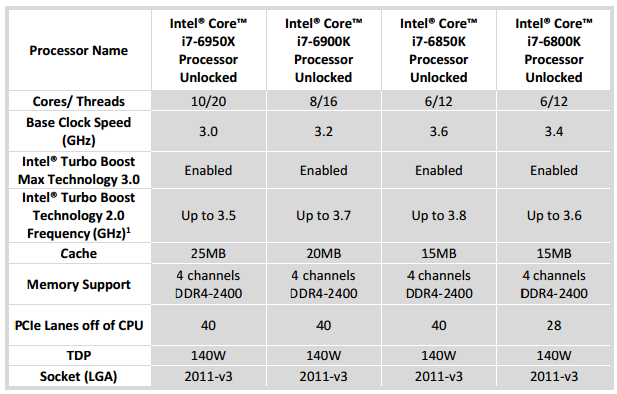 Will you be buying one of these processors, or opting for a more wallet-friendly option? Tell me in the comments.