What does Bill Gates know about raising chickens? 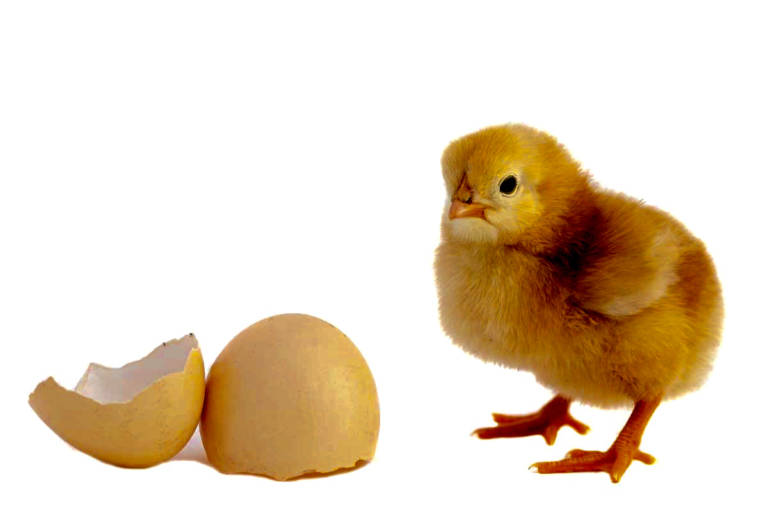 Bill Gates is a blogger, did you know that? His blog is called Gates Notes and generally covers areas of interest not only to Bill but also to the Bill and Melinda Gates Foundation, which means there’s more coverage of malaria than Microsoft. His latest post that a reader pointed out to me today is about raising chickens, which Bill says he’d do if he was a poor woman in Africa.

I’ll wait while you follow the link to read the post, just don’t forget to come back. And while you are there be sure to watch the video…

For those who don’t bother to read the post, BillG thinks chickens are both a good source of protein and a good business for folks in the Third World. It’s easy to get started, chickens are manageable, there’s plenty of demand for both eggs and meat and -- best of all -- they eat bugs! No chicken feed even required.

Bill hints strongly that we’ll be seeing a lot of chicken action coming from his foundation, too.

All this is pretty darned impressive and I commend Bill for his interest in feeding the world. But just in case he missed something, just in case in all his hanging around with chicken farmers Bill missed some point or other, I turned to an old friend of mine who happens to be a chicken farmer.

I think of this career move as a life of agrarian penance after a career in high tech, but maybe that’s just me.

Bob: Did you see this essay from Bill Gates? I thought it was great.

Bill Gates is an idiot.

Bob: Tell me more. I know nothing about chickens. How is Bill wrong? Or is this just a general comment about Bill (which I can understand). I would have been more inclined to say "Bill Gates doesn’t smell good", but he could be an idiot, too, I suppose.

[Editorial comment: I haven’t smelled BillG in years, though he used to be pretty ripe.]

Everything always comes down to immunizations with Bill Gates. Chicken is just his latest tool to sell the idea of immunizing kids, it even crept into the video. Imagine a family so poor that they have only 100 chickens, and then the woman is going to sell one and use the money to get her child an injection. That’s the last thing I would spend the money on if my children were starving.

Chickens are dirty, messy, hard to confine, need to be fed in order to be healthy, carry diseases, and require water to live and grow. I’m not sure how much water these families have for their own needs. And not every woman wants to raise chickens.

By dumping free chickens, which are then required to be immunized according to Heifer.org’s rules, the Gates group is once again disrupting the natural market that would have evolved if we just got the heck out of the way. How long will these regions require our charity? When will people recognize that the charity is what’s holding them back?  Just my opinion.

I’ve been raising chickens for 5 years and it is not easy, and I haven’t been able to make it sustainable -- of course I couldn’t force my children into being my helpers either -- they’re already too educated for that. They helped for a while, and then begged me to set them free.

I don’t vaccinate my hens and don’t order them as chicks with vaccines. I’ve never tested for viruses nor have I had any unusual deaths in my flocks -- and I was up to 800 hens at one point.

Vaccines are expensive, but may be necessary when birds are closely confined, but I’m not sure of this. By the way heifer.org has a zero grazing policy, meaning that the recipients have to buy feed. It is not easy to keep a hen healthy on grazing alone, or on food scraps alone. If you want the birds to grow for meat you have to fatten them up somehow, and I’m wondering where that feed will come from.

Here’s an interesting piece on vaccinations.

Sending vaccinated birds into a region where other fowl are unvaccinated will wipe out the local birds. Great way to create dependency on vaccines, everything unvaccinated dies. Very similar to the oral polio fiasco in India and all over the world, where children in families with the kids getting vaccinated developed paralysis. Of course it wasn’t the wild polio virus, so the World Health Organization could claim that wild polio was eradicated.

I’m guessing that Bill’s motives are good, and I shouldn’t criticize without proposing something better, that’s not fair. I’m just to the point of believing that a lot of these organizations like heifer exist to spread conventional agriculture around the world. Seems like that intervention creates more dependency.

Back to you, Bill.