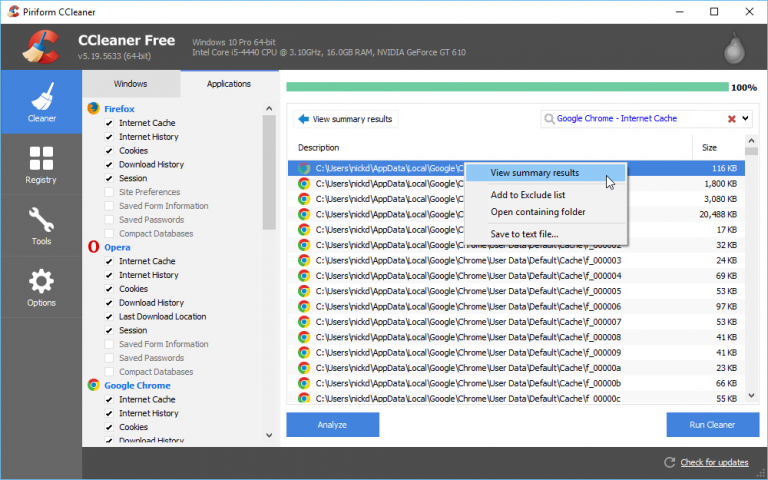 Piriform Software has released CCleaner 5.19 and CCleaner 5.19 Portable for Windows PCs. Once again, it’s a minor release, focusing on improvements, optimizations and some small bug fixes.

The new release has no new features or supported applications, instead focusing on tweaking existing cleaning routines and improving the System Monitoring tool on the Professional edition.

CCleaner 5.19 starts by promising improved Firefox and Chrome History cleaning, presumably adapting to changes in the most recent versions of both browsers. The new build also optimizes its detection routine for Browser Plugins.

It also comes with the promise of improved cache cleaning of the Windows 10 Most Recently Used list, which affects recent documents and files listed on the Start menu and Taskbar as well as individual application lists.

There’s improved support for Windows resizing and DPI as well as better Unicode text support. Professional users gain a better System Monitoring tool. The update is rounded off with the usual minor -- and unspecified -- GUI tweaks and bug fixes.

CCleaner 5.19 and CCleaner 5.19 Portable are available now as freeware downloads for PCs running Windows XP or later. A Professional version offering additional features including real-time monitoring and complete system cleaning is also available, and the best place to get the Windows version is the Downloadcrew Software Store, where it costs just $17.46, an exclusive discount of 30 percent off the MSRP.