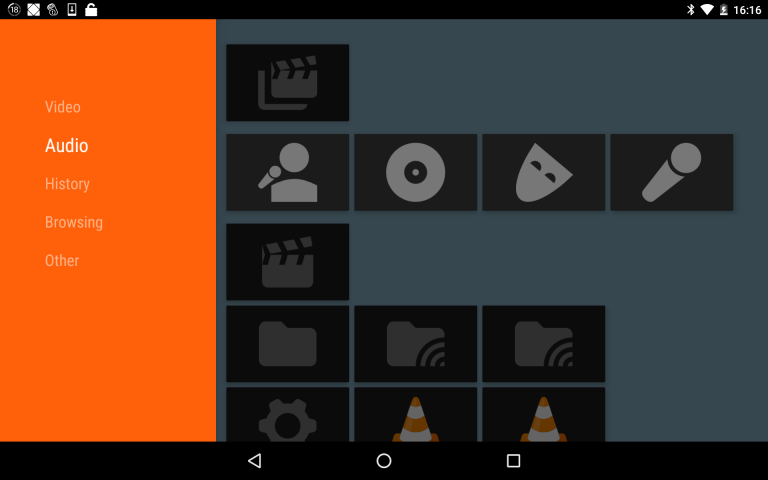 VideoLAN has unveiled VLC for Android 2.0, a major new version of its mobile video and audio player. The app is renowned for being able to play most multimedia files as well as many streaming video protocols.

Version 2.0 merges the Android TV version with the main Android build, plus introduces a slew of useful new features including the ability to access content over the network and internet as well as support for downloadable subtitles.

The most visible change will be found on phones and tablets, as VLC for Android 2.0 merges both mobile and Android TV versions together, with the latter’s updated interface now available on mobile too. To switch it on, tap Preferences and select Interface, then enable 'Android TV Interface'.

This interface eschews the text-based browser in favor of one more suited to television, with tappable buttons (with labels) used to browse for content.

The new release also gains a large number of useful new features. First up is its ability to browse supported network disks -- including Windows shares, UPnP servers, NFS, FTP and SFTP -- for content to play. Users simply tap the menu button and select 'Local Shares' to access content from the network, browsing through network shares like any other.

Users also gain the ability to save favorite folders and URLs for easy recall -- simply browse to the relevant folder and tap the star icon to make it a favorite.

Users should also notice a significant improvement in performance, with the app now promising faster decoding and playback of all video types.

VLC for Android 2.0 is available now as a free download for Android devices running 2.2 or later.