Why can't 'no' just mean 'no' when it comes to free software? 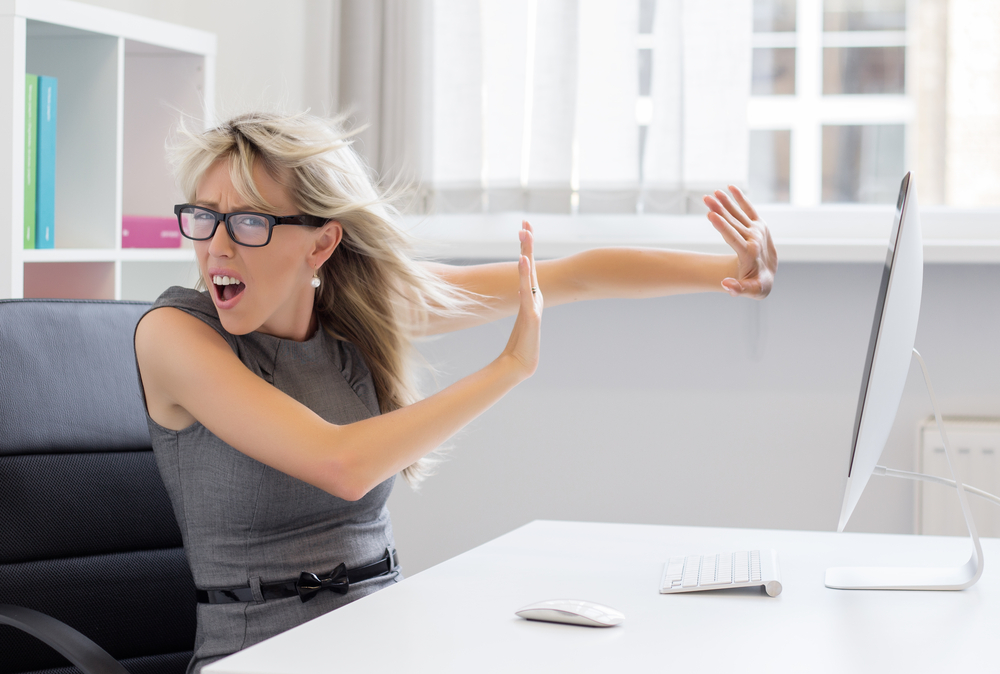 As we’ve reported numerous times before, and with increasing levels of frustration, Microsoft won’t ever seem to take no for an answer when it comes to Windows 10. When the Get Windows 10 app appears to users of Windows 7 or 8.1 they might reasonably expect to have the choice of saying "yes" or "no" to the free upgrade offer. Except while "yes" means "yes", "no" apparently means "yes, but you’ll need to trick me into installing it".

It’s not just Microsoft which pulls this kind of stunt either. This is a recent experience I had when installing Auslogics Disk Defrag.

I launch the installer and am given the choice of running an Express Install (Recommended) or a Custom Install (Advanced). While most users might opt for the default Express suggestion, an experienced computer user will know to go for the Custom option instead.

And it’s a good job too, because here is a pre-checked entry stating: "Install Auslogics BoostSpeed to discover what makes your PC slow". No thanks, I already know what makes a lot of other people’s PCs slow -- installing unwanted crap bundled with free programs.

I uncheck this box and move on to the next screen. The software installs, and now I’m faced with a new screen thanking me for installing the program and in smaller writing below (designed in the hope users won’t read it) is some information about an Ad-Aware Web Companion which the program wants to install.

The usual tricks are employed here. The "Agree and Install" button is blue and enticing, the "Decline" button gray and doing its best to blend into the background. So I click "Decline", because obviously I want a disk defragmenter not some crap screwing up my browsers.

Phew, I made it through the installation process unscathed and can defrag my hard disks. Yay for me. How smart am I?

"Installation Complete", says the message. Now I can start defragging. Before I do though, the program would like to check the system for errors and remove junk files, optimize the computer for maximum performance, and increase internet speed and keep my PC secure. I just need to click "Finish" to run a free scan. 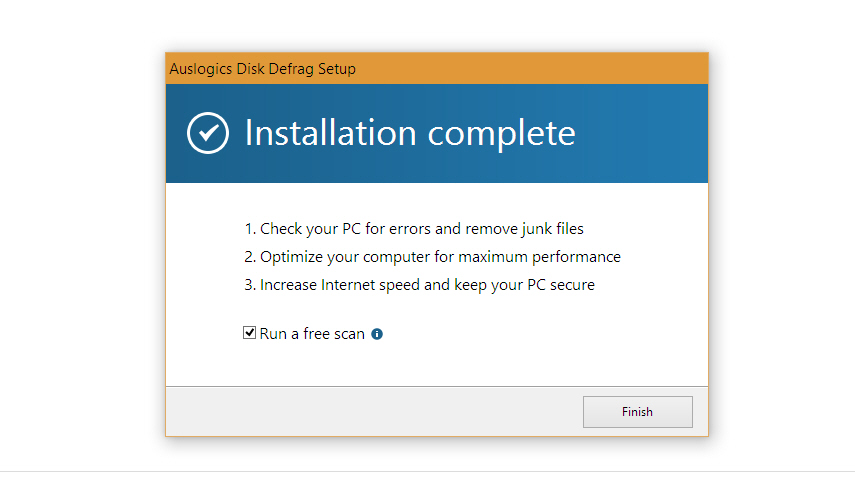 This all looks like part of the setup, but hold on a minute. A minuscule "i" next to the "Run a free scan" check box reveals the truth. By leaving this box checked, I’m agreeing to install Auslogics BoostSpeed. A program which I HAVE ALREADY SAID NO TO.

The license agreement I accepted when installing Disk Defrag will apply to BoostSpeed too, so I don't need to bother myself with it.

This sneaky nonsense doesn’t just apply to the Disk Defrag program either -- all of Auslogics free tools behave in the same way.

Auslogics wants users to install BoostSpeed on their computers, and saying no first time around merely means "yes, but you’ll need to trick me into installing it".

Whatever happened to making a piece of software good, so users would choose to install it? Why do we now have to be tricked into installing something? How can that possibly be seen as a good idea? Happy customers will be returning customers. Unhappy customers will look elsewhere, and rightly so.

Needless to say, I cancelled the Disk Defrag installation and removed the program immediately and won’t be going near Auslogics again.

I don’t mind junk being bundled with free software -- it’s to be expected these days -- but I do mind when developers pull crappy tricks like Microsoft and Auslogics are choosing to do in order to get their wares installed.

"No" should always mean "no". By all means try to change my mind -- tell me why I should install something I’ve previously rejected -- but don’t try and install it anyway after I’ve said no. And if you make it harder for me to say no -- by changing the wording, or hiding the options -- and I still say no, maybe just accept I really, really don’t mean "yes, but you’ll need to trick me into installing it".

157 Responses to Why can't 'no' just mean 'no' when it comes to free software?