Microsoft removes the X from the Windows 10 upgrade pop-up -- your choices are 'yes', or 'yes, now' 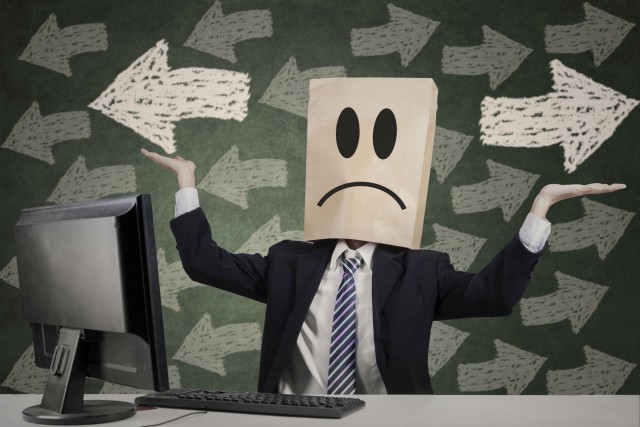 I worked in sales for some years and one of the first things you are taught is the art of the alternative close. That’s where the sales person offers someone a choice of two options, neither of which leads to "no". Here’s an example: "When is a good time to start your Windows 10 upgrade? At a preset date and time, or now?"

Microsoft’s increasingly aggressive tactics to get people to upgrade to Windows 10 are now legendary. The last trick the company pulled was to reverse the meaning of clicking the X on the nag screen. Instead of meaning, "go away and stop bothering me" it now means "yes, I want the upgrade". Or rather it did. For, according to The Register, Microsoft has now removed the X, leaving Windows 7 or 8.1 users with the choice of picking a date for an upgrade, or upgrading now. There’s no close button, no cancel option. Just reschedule or upgrade immediately.

This new upgrade trick was first reported by El Reg a couple of days ago, complete with a screenshot, but I wasn’t completely convinced of its veracity. Surely, having performed a minor u-turn of sorts a week ago, the software giant wouldn’t be so brazen, would it? So I reached out to Microsoft to find out whether this was true or not.

A spokesman tells me:

The Register report is inaccurate. The Windows 10 upgrade is a choice -- designed to help people take advantage of the most secure, and most productive Windows. People receive multiple notifications to accept the upgrade, and can reschedule or cancel the upgrade if they wish.

So, what about the screenshot? Microsoft says it's looking into it, and I will update this post when we get an answer. 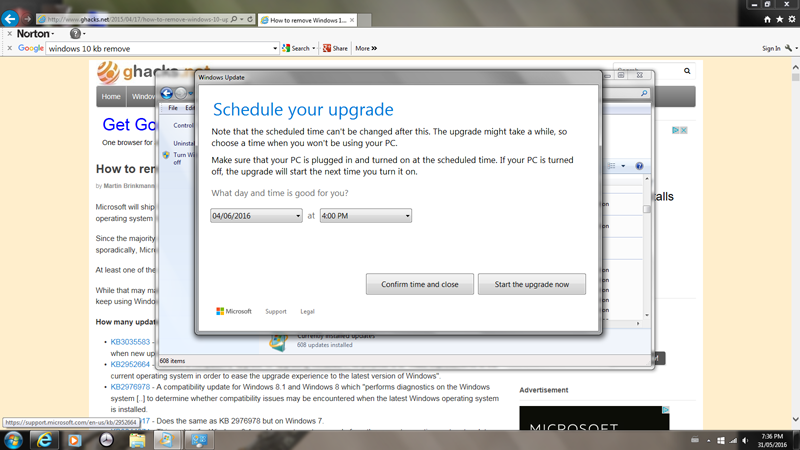 Naturally, if faced with this box -- just as when faced with a salesman hitting you with an alternative close -- no is always an answer. Just because there’s no X in the top right corner doesn’t mean you can’t close the box. Just hit ALT+F4 to exit the window. If that causes Windows 10 to start installing, just reject the license.

Before you get to that stage, you can block the upgrade by following the advice in these links:

How to say NO to Windows 10

How to uninstall the Windows 10 'Recommended' update and go back to Windows 7 or 8.1

How to block the Windows 10 'recommended' update on Windows 7 and 8.1

208 Responses to Microsoft removes the X from the Windows 10 upgrade pop-up -- your choices are 'yes', or 'yes, now'