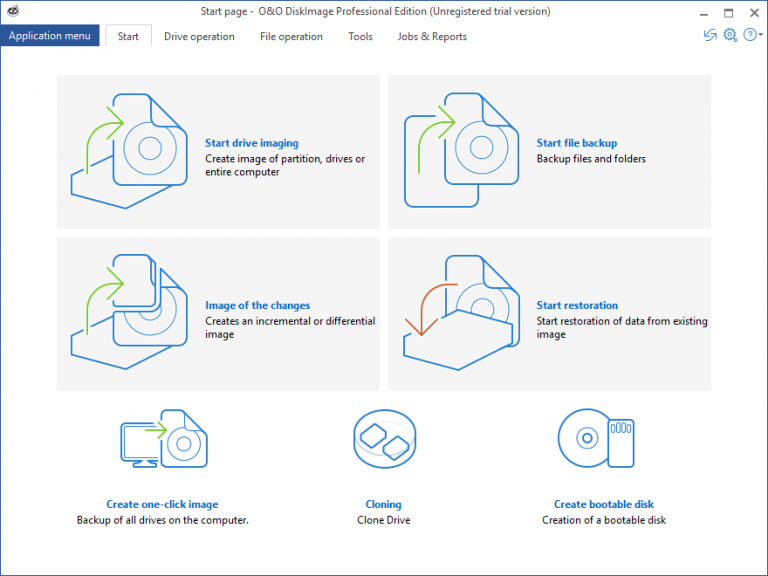 There’s also a new command-line tool, as well as display improvements (including support for 4K displays), and the promise of faster performance.

Version 10 introduced a number of notable new features including a file-based backup component, so it’s of little surprise to learn that DiskImage 11 focuses on a complete revamp of its user interface to give the program a much-needed makeover.

Other tabs include more granular controls for each of the program’s components -- Drive Operation for imaging and cloning, for example, and Tools, where users can validate and mount images, convert files and perform other tasks.

The Tools tab also provides a neat shortcut to the Command Prompt, where the program’s new command-line tool -- oodicmdc.exe -- can be invoked. The tool allows users to create, restore, validate, convert and mount or unmount images. It’s also designed to work with DiskImage’s scripting feature for setting up batch processes.

DiskImage 11 also comes with the promise of further performance improvements, resulting in faster backup and imaging, as well as an improved Live Update function for keeping the program updated.