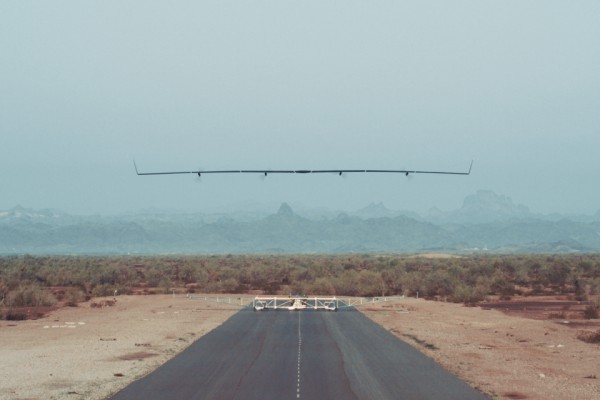 When I find myself without internet access for even just a short period of time -- say, less than an hour -- I feel like I am having withdrawal symptoms. I get anxious, irritable, and frustrated. First world problems, am I right?

Sadly, according to Facebook, there are 4 billion people on the Earth with no access at all -- makes a short outage seem rather insignificant. Mark Zuckerberg and company are looking to change this with an unlikely tool -- solar-powered airplanes that beam the internet to the ground. Today, Facebook announces that its experimental aircraft successfully completed its first flight last month in Arizona.

"This first functional check was a low-altitude flight, and it was so successful that we ended up flying Aquila for more than 90 minutes -- three times longer than originally planned. We were able to verify several performance models and components, including aerodynamics, batteries, control systems, and crew training. In our next tests, we will fly Aquila faster, higher and longer, eventually taking it above 60,000 feet. Each test will help us learn and move faster toward our goal", says Jay Parikh, Global Head of Engineering and Infrastructure, Facebook.

Parikh further says, "we're encouraged by this first successful flight, but we have a lot of work ahead of us. In fact, to reach our goal of being able to fly over a remote region and deliver connectivity for up to three months at time, we will need to break the world record for solar-powered unmanned flight, which currently stands at two weeks. This will require significant advancements in science and engineering to achieve. It will also require us to work closely with operators, governments and other partners to deploy these aircraft in the regions where they’ll be most effective". 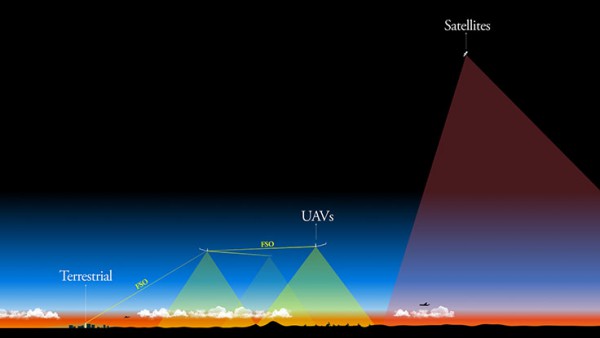 How does this all work? Facebook shares the following details.

You can see a video of the flight above. It is quite impressive, as it does not have landing gear. Why? By removing wheels, the aircraft can be even lighter, meaning more time in flight. When taking off, it uses temporary non-affixed wheels. Awesome.

What do you think of Aquila's first official flight? Sound off in the comments below.