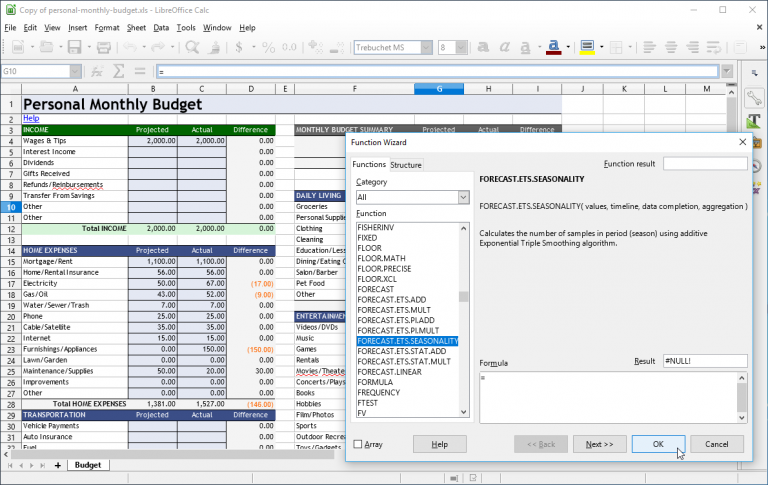 Headline new features include the addition of a Standard (Single Mode) toolbar option in Writer and Calc. This provides a streamlined set of common formatting, function and insert tools that take up half the space of the original toolbar to increase the size of the available workspace.

Users will need to manually select the new toolbar from the View > Toolbars menu, then remove existing toolbars in the same way.

Collaborative groups will be interested to learn that LibreOffice now supports standards-based document classification, which allows users to instantly see if a document has been marked confidential, classified or some other designation.

In addition, a number of drawing tools previously exclusive to the Draw application have been rolled out to all other programs, including Filled Curve/Polygon/Freeform Line.

Elsewhere, Calc gains the most attention with this new release. It opens with a number of new functions, most notably a set of forecasting tools (FORECAST.ETS) along with CONCAT (compatible with Excel 2016), IFS and SWITCH. 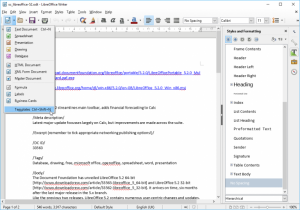 Users will now find it much easier to freeze the first row and column of a sheet with a new split toolbar button as well as revamped Freeze Cells option on the View menu.

Various keyboard shortcut mappings have been added or updated -- [F4] replaces [Shift] + [F4] as the Cell References shortcut, for example.

The user interface has also been tweaked -- for example, the currency toolbar icon now has an attached currency dropdown list for quick selections. Extensive function tooltips have also been added.

Writer users can now easily save documents as templates thanks to the addition of a "Save as Template" option to the Save toolbar button. "Print to File" has also been added to the list of available printers, and the the Bookmark dialog window has been redesigned with a new default "Bookmark N" naming pattern.

These changes scratch the surface of what’s been implemented in LibreOffice 5.2 -- check out the extensive release notes for a full rundown.