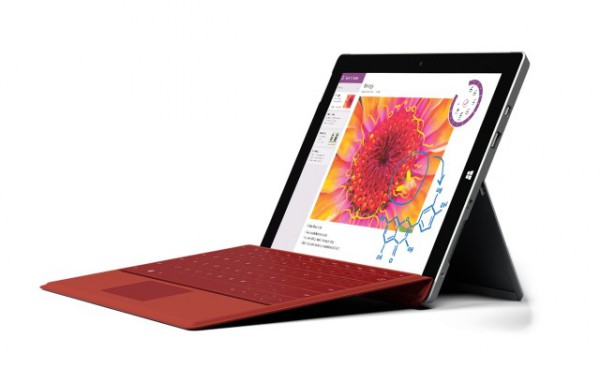 If you are a Windows user, and want a really great computer, you should consider Microsoft's Surface line. Not only do they serve as wonderful tablets, but with the keyboard attachment, they can be solid laptops too.

While many Linux users dislike Microsoft, some of them undoubtedly envy Windows hardware. While it is possible to run Linux distros on some Surface tablets (I've done it), not everything will work flawlessly. Today, release candidate 1 of Linux Kernel 4.8 is announced, and it seems a particularly interesting driver has been added -- the Surface 3 touchscreen controller. Will Microsoft's lower-priced (starting at $499) hybrid computer become the ultimate mobile Linux machine?

"This seems to be building up to be one of the bigger releases lately, but let's see how it all ends up. The merge window has been fairly normal, although the patch itself looks somewhat unusual: over 20 percent of the patch is documentation updates, due to conversion of the drm and media documentation from docbook to the Sphinx doc format. There are other doc updates, but that's the big bulk of it", says Linus Torvalds, Linux creator.

Torvalds further says, "if you ignore the documentation format change, things look fairly regular, with about 60 percent of the non-documentation diffs being drivers (gpu, networking, media, sound, etc) and about 15 percent being arch updates (arm, powerpc and x86 dominate, but there's mips and s390 too). The rest is spread out - core networking, tooling (mainly perf), include files, core kernel, vfs and low-level filesystems (xfs stands out)".

While there are many significant changes in the kernel, the interesting part regarding the Surface 3 comes from Dmitry Torokhov in an earlier mailing list chain. He wrote the following.

to receive updates for the input subsystem. You will get the following new drivers promised in the last merge window:

There you have it folks. A driver for the Surface 3 touchscreen controller should make its way to the final release of the 4.8 Linux kernel. The lower-priced (and less powerful) Surface 3 should run Linux very well. Quite frankly, a Linux-based OS might run better on the Atom processor than Windows 10 does.

In the above video, you can see me running Linux on the Surface Pro 3, which is different hardware than the non-Pro Surface 3. It can be quite the rewarding experience.

Official touchscreen support should make the Surface 3 a very attractive device for both Linux users and developers wanting a quality touch experience. Will you now consider buying the Surface 3 as a Linux machine? Tell me in the comments.