The self-driving car is old enough to drink and drive 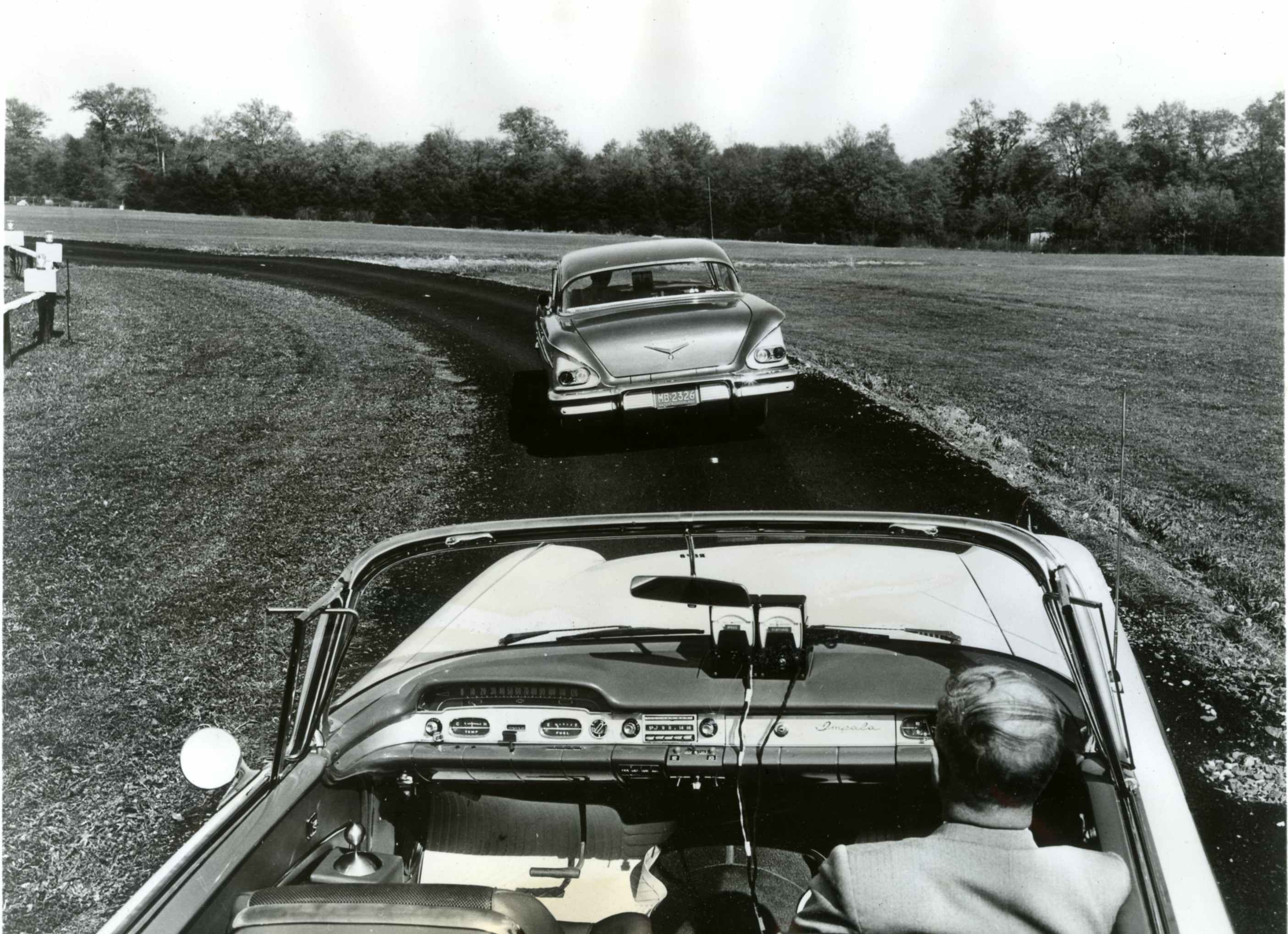 Twenty-one years ago, when we were shooting Triumph of the Nerds, the director, Paul Sen, introduced me to his cousin who was working at the time on a big Department of Transportation research program to build self-driving cars. Twenty-one years ago! Yet what goes around comes around and today there is nothing fresher than autonomous cars, artificial intelligence. You know, old stuff.

As you can see from this picture, driverless cars were tested by RCA and General Motors decades earlier, back in the 1950s.

What changed from 1995 until today in my view comes down to three major things: 1) 21 years of cumulative automotive research; 2) demographic changes that might -- just might -- make us a little more willing to give up our cars, and the big one; 3) Moore’s Law finally making possible cars that might be safe to drive themselves on city streets. But if this is, as it seems to be, the Summer of Love for autonomous vehicles. none of those are the real reason for all the recent action. The real reason is greed.

Back in 1995 the goals for self-driving cars were more modest than they are today. They weren’t called autonomous, but self-driving. And there was no plan to have cars drive themselves on city streets, just on freeways and highways -- on the Interstate. The plan was to bury cables in the pavement over which all the cars would drive and communicate with each other and with the road, itself. The goal was to fill the road with cars driving at the speed limit, spaced precisely one meter apart. Ironically that simple system, which we could implement cheaply today, would achieve most of the economic and societal goals being pointed to today to support autonomous cars. We’re told they will be safer, make more efficient use of public roads, and use less energy. And it’s all true. Why, then, are we so eager to perform the much harder job of building truly autonomous cars that can pick the kids up at school? Greed again.

I really got into this concept back in 1995. Hand-driven cars filled at most 15 percent of the roadway while self-driving cars could fill 85 percent. That one-meter spacing was key, too: if there were only two cars headed south on the same remote stretch of Interstate the system would still put them one meter apart. That’s because a 70 mph rear-ender with only 39.37 inches to accelerate barely dents your bumper, designing completely out of the system more than half of all highway accidents.

Cars one meter apart draft each other just like NASCAR racers, reducing total aerodynamic drag and fuel consumption. And instead of each driver raggedly accelerating from a stop at his own rate and own sweet time, every car would start at exactly the same time and acceleration rate just like they are being driven by, well, a computer.

None of this sounds like the autonomous cars of today, though. Nobody is talking about a system where cars scream down the road at high speed and in such close proximity because the idea is scary and because the design philosophy of today’s self-driving cars is different. They are autonomous, which means they operate independently. They also aren’t supposed to scare us even if the scary part is actually the safer part.

Now we get to the greed. If most of the benefit could be obtained with cheaper self-driving cars, why do we now want autonomous cars? Because cars could be upgraded to self-driving through aftermarket upgrades, which is how they did it in 1995. Truly autonomous cars, though, you have to build those babies from scratch.

So everyone is going to need a new car.

Mandatory replacement is a glorious thing for manufacturers. It’s like that box of baking soda in the back of your refrigerator that you are supposed to throw away every 30 days. The golden era of the record business was when vinyl gave way to CDs and we all paid again to buy the same stuff we already owned. It happened again when we converted our VHS tape libraries to DVDs and so some extent when we gave up physical media for iTunes.

Ford says it will have a self-driving taxi without a steering wheel in service by 2021. That’s a key data point because there’s no way Ford can afford the liability of putting those truly driverless cars on the road if they’ll be mixing it up with me in my 1994 Jeep Grand Cherokee that still smells faintly of mice.

For autonomous cars to be successful they will have to totally dominate, which will require new laws, getting old cars off the roads. This is the part they couldn’t do back in 1995. The banks will have to lend lots of money (with federal guarantees, I’m sure), old cars like mine will have to be melted down. It will be a huge endeavor that will also involve a serious increase in electric vehicles.

And it will happen. Shit, we all know there’s a recession coming after the election, followed by Japanese-style deflation unless we can find a way to really juice the economy. George W. Bush used a housing bubble for that after 9/11 but those tricks have been all used-up. And there’s no more room for the Fed to drop interest rates.

So autonomous cars it must be.

Appealing to both sides of the aisle, car factories will soon be running three shifts, infrastructure will be rebuilt at the same time, and even global warming will be quietly addressed if not accepted on the right -- all while saving lives and increasing elderly mobility.

Heck of a deal. I’ll just whistle for my car like Roy Rogers summoning Trigger.

But will I have to also give up my Bugeye Sprite? Probably, unless Sundays are made non-autonomous car days.

I’m not saying this is entirely a bad thing or even mainly a bad thing. It’s just a thing we’ll have to deal with. And I thought it was only fair to tell you it’s coming.