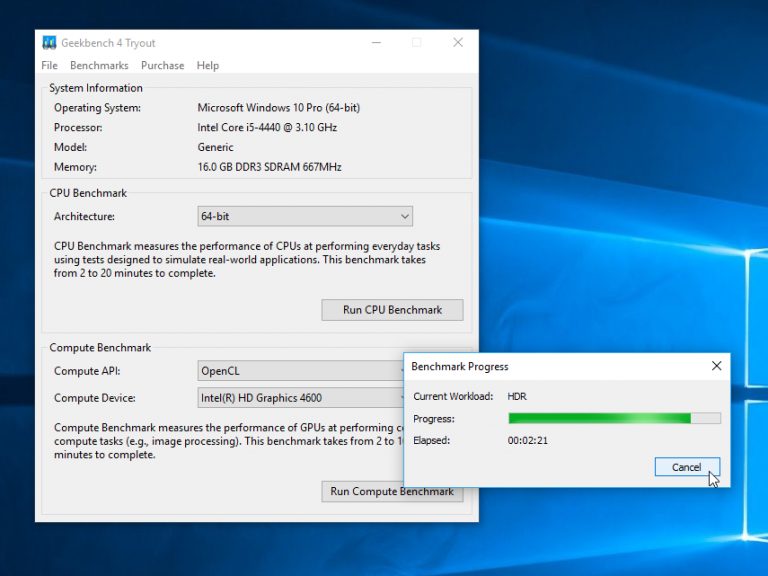 Primate Labs has announced the release of Geekbench 4.0 for desktop, Android and iOS. Geekbench 4 sees the benchmarking app merge its mobile and desktop datasets into a single, cross-platform workload.

Other changes see a redesigned user interface on both mobile platforms, plus new workloads across the suite’s CPU and GPU benchmarks, including a new GPU Compute category.

Version 4’s main change is that it no longer needs to make compromises to run well on mobile devices, thanks to the technological advances seen in recent years. Geekbench 3 was released when 32-bit devices with 512MB RAM were the norm; today, the average mobile’s specs (64-bit CPU, 2GB RAM) compare more favorably with modern day desktops.

As part of the change, Geekbench 4 merges the previously separate mobile and desktop datasets, and introduces a number of new and updated "workloads", its term for benchmarks.

The latest CPU workloads are larger and designed to be more stressful, modeling real-world applications and tasks. New GPU Compute workloads reflect the greater use of a computer’s GPU for processing and calculations to reduce load on the CPU.

Both mobile applications have also been redesigned, offering a cleaner, simpler interface for iOS users and an Android interface that’s been built using Google’s Material Design.

Geekbench 4.0 is available now as a free function-limited trial for Windows, Mac and Linux. Stress tests and 64-bit benchmarks are not available in the tryout version, while results can only be displayed in the user’s web browser. The full version can be purchased with single-user prices coming in at $9.99 (single-platform license) or $14.99 (multi-platform). Also released are Geekbench 4.0 for Android and Geekbench 4.0 for iOS. Both mobile apps normally cost 99c each, but are free until September 13.