Fifteen years after 9-11, threats have evolved too 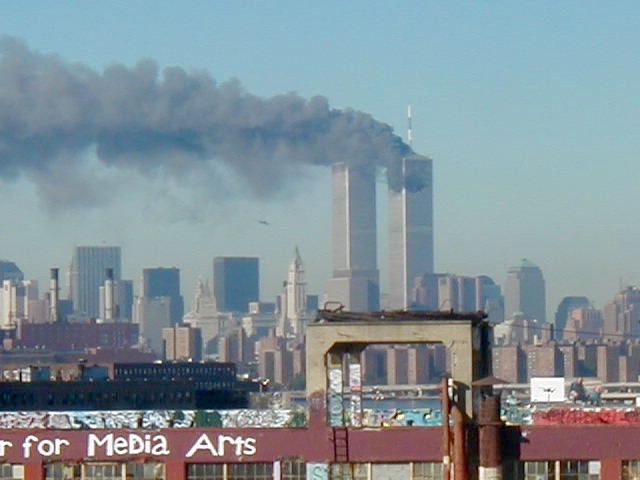 Fifteen years after 9-11 it’s interesting to reflect on how much our lives have -- and haven’t -- changed as a result of that attack. One very obvious change for all of us since 9-11 is how much more connected we are to the world and to each other than we were back then. Politico has a great post quoting many of the people flying on Air Force One that day with President George W. Bush as his administration reacted to the unfolding events. Reading the story one thing that struck me was the lack of immediate information about the attacks available to the airborne White House. They had televisions with rabbit ear antennas and rarely more than a few minutes of TV coverage to watch at a time as they blasted around the midwest at mach 0.94.

Even Mary Alyce and I, sitting on our Wine Country hillside, were watching satellite TV that day. Today, of course, we all have news and social media coming-in through a wide variety of channels and nothing is very private for long.

But how much more secure from terrorist attacks are we today then we were back in 2001? We’re somewhat more secure, I suppose. Cockpit doors on airliners are now armored. And surely we got something for the trillion dollars or more spent building a counter-terrorism security apparatus and attacking terrorist enclaves for 15 years. Still it’s remarkably easy for small groups of determined people to make trouble if they want to, especially if they keep quiet about their activities until it is too late. In those cases our advantage lies in societal mass alone since no one terrorist attack can really damage our society, can it? Can it?

I’ve seen a lot in my 40+ years of writing the news and in those experiences are points where the game clearly changed. Back in the 70s I remember sitting in the OPEC headquarters lobby in Vienna when Carlos, the Jackal (the primo terrorist of his era) walked in announcing his group as the Palestinian Delegation. They took a dozen oil ministers hostage, eventually ransoming them for more than $100 million. That was the era of entrepreneurial terrorism. Carlos was in it for the bucks and the last thing he wanted was to die in a 9-11-style suicide attack.

So the first change was the rise in terrorism, itself, inspired I’d say by the success of the Irish Republic Army -- another outfit I covered at one time. The second change was the advent of suicide attacks in the 90s. Suicide attacks were both militarily successful and dramatically destabilizing.

In the old days it’s not that I felt safe working in those parts of the world but I at least felt that I was playing a role that was useful for all sides. That changed, first with the journalist hostage-taking and then when it all became about body counts. Danny Perl, the Wall Street Journal reporter beheaded in Pakistan, had been a student of mine. When Danny was gone I knew the world had changed again.

And that’s where things have stood in the terrorism business until quite recently when I began to feel a new shift driven, in large part, by hacking. Using malware to destroy Iranian uranium centrifuges was a brilliant tactic but not without consequences. Today everyone hacks everyone else. That destabilized both the more traditional blow-yourself-up terrorists and the smaller nation-state players who came to realize that their hackers could be just as good as our hackers and maybe better.

One thing super powers like least of all is a level playing field and that’s what we are approaching today. 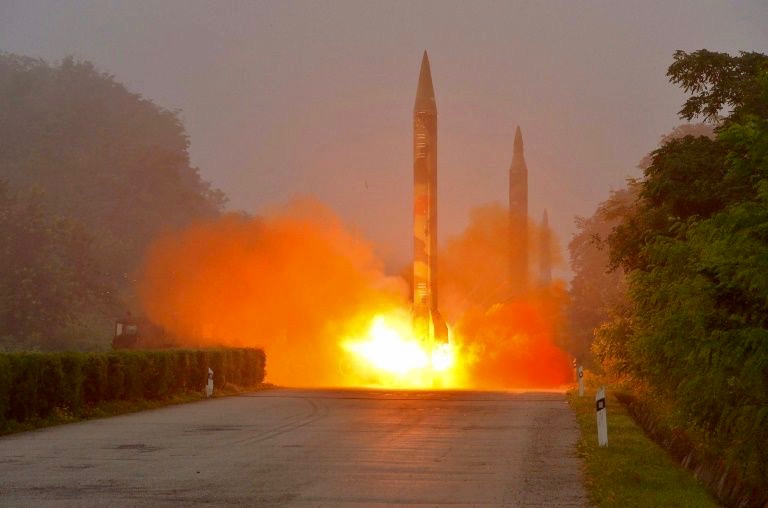 In the last week North Korea has fired missiles, detonated an atomic bomb and outlawed sarcasm. It is no coincidence that these events all happened on the eve of a big 9-11 anniversary. It’s Kim Jong-Un’s way of crashing the 9-11 party. He will not (and cannot) be ignored.

I mention the part about Kim banning sarcasm in private discussions among North Koreans. We tend to see that as a joke but it isn’t. It’s a demonstration of power. When Winston Churchill was Britain’s Colonial Secretary in 1922 he had a telephone conversation with the Sharif of Mecca, great-grandfather of today’s King Abdullah of Jordan. The connection was bad so the Sharif ordered all other phone calls stopped so he could hear Churchill more clearly on the now eerily quiet phone line. "Could I order something like that?" wondered King George V when told about the call. "No, probably not". Yet that’s exactly what Kim Jong-Un has done, proving his power to control people.

North Korea has unreliable ICBMs and a modest nuclear capability with steadily increasing yields from 1-10 kilotons. It is not likely that their nukes have been weaponized (made battlefield deployable), nor will they even likely fit inside the ICBM, though that’s what they claim. The North Koreans also have a submarine IRBM, but their creaky submarines probably can’t make it to the U.S. west coast.

But that doesn’t matter. If you are a U.S. President and are told there is only a small chance that North Korea can merge their delivery and weapon systems into an effective device, would you place Seattle or LA at even a tiny risk?

No U.S. President would take that chance. Even the remote probability of a serious threat will constrain U.S. freedom of action and thus achieve North Korean (or Russian or Chinese) goals without even having a real weapon system (real by USAF standards).

But what’s to be done, then, about North Korea? Economic sanctions don’t work, so we’re probably talking espionage because a direct military attack is out of the question unless the South Koreans do it for us. Ironically, espionage is exactly what North Korea seems to fear because their antagonistic actions are virtually guaranteeing it will happen. There will eventually be an incident, win or lose North Korea’s position on the world stage will be enhanced as a result with the world being further destabilized at the same time.

This kind of national behavior is a logical next step for second tier players in a world with only one true super-power left to harass.