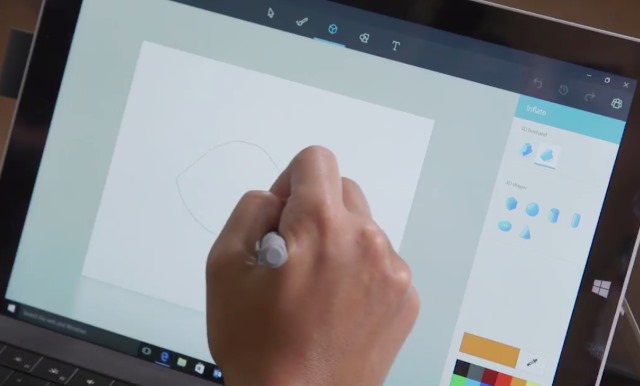 While Windows 10 introduced massive changes, some things have remained constant -- such as the bundled Paint app. After years of minor tweaks, Paint is finally in line for a major upgrade.

In recent days, details of the overhauled Paint have appeared online, including introductory videos that show the app will deal with 3D work as well as regular 2D drawing. Now the app has leaked online so you can try it out for yourself.

If you can't wait for Microsoft to finish the app and officially release it, you might be interested in trying out the leaked version (link at the bottom of the page), but first of all you probably want to know what the app is all about.

The introductory video, shared on Twitter by WalkingCat, gives you an idea of what you can expect:

Another video shows off the 3D capabilities of the app:

You can grab a copy of the updated Paint app from here -- you just need to enabled sideloading in Settings > Update & Security > For developers.