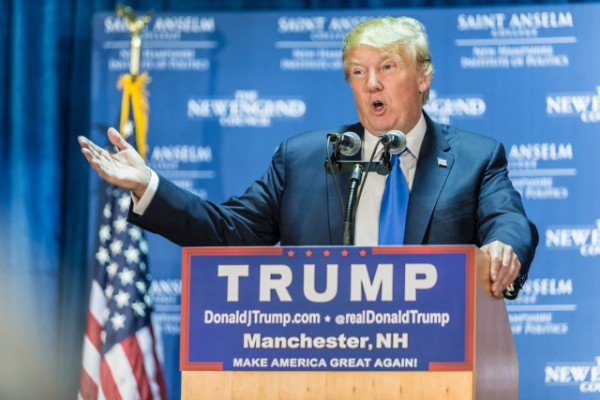 The US has perhaps grown used to the political season, complete with its ugly mudslinging. The name-calling-laced tirades become something that many just tune out, sometimes in fear for their own sanity. 2016 has become an example of gutter-talk that will be held up for many years and it has fueled late night comedians like no previous campaign.

If nothing else, the debates alone have kept Saturday Night Live relevant, though one candidate no longer thinks a show he once hosted is very funny anymore and has even stated that it should be taken off the air.

While debate number one will likely remain the classic, number two certainly did nothing to alleviate the laughing to keep from crying attitude that some have adopted.

What came out of debate number three? On the surface it seemed uneventful in comparison, but one very brief moment in time is garnering social media attention in the wake of the broadcast. It was four words, easy to miss if you weren't paying attention, but it seems to not be lost on many observers. The words, uttered while Clinton spoke, came from Republican candidate Donald Trump -- "such a nasty woman". It came as an offhand response to an allegation that he may not pay for an expense proposed.

Those words have launched a Twitter storm using the #nastywoman meme. The Twittersphere has embraced it, with several examples below. 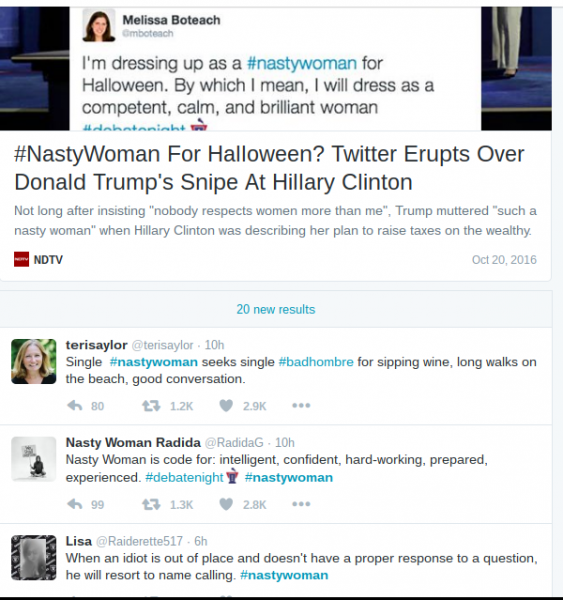 Some have even worked in "bad hombre", another term under fire today. Does any of this mean anything come November 8th? Probably not, as most minds were already made up. For those few undecideds then it could swing a small amount one way or another. Either way, it has added to the spectacle that the US election now has become.