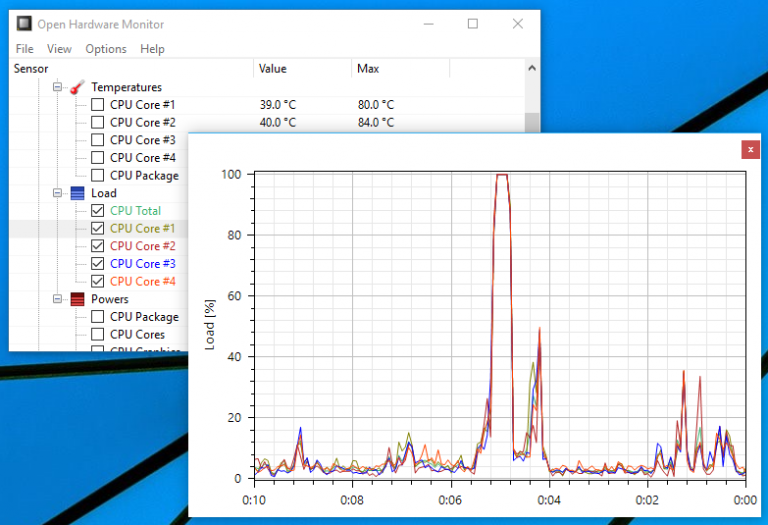 After almost two update-free years, the Open Hardware Monitor project has jumped back to life with the release of version 0.8.

The new build brings much-need hardware support for Intel Skylake CPUs, along with Kaby Lake, Airmont and i5, and the Xeon E5-26xx v4 and D-15xx.

Added support for the ITE IT8620E, IT8628E, and Nuvoton NCT6102D/NCT6106D super I/O chips should get the program working with many more motherboards.

The Plot window has smarter and more customizable handling of pen colors, and there are a few bug fixes thrown in.

The program is still a tiny download, only 502KB. The interface is basic but functional, and it’s easy to generate charts of whatever attribute you’d like to monitor.

The program couldn’t give us any information on our GPU temperature or load, despite identifying it correctly, but we’ve no idea how widespread that kind of issue might be. If you’re interested in hardware monitors, check it out anyway -- there’s no installation required and it still runs on Windows XP or later.

Open Hardware Monitor is an open-source tool for Windows.