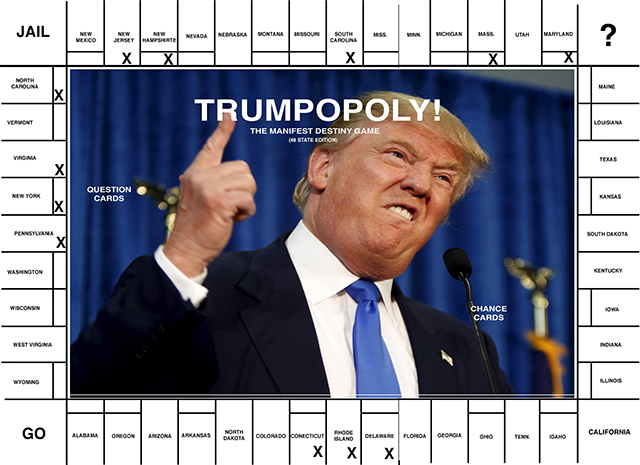 Wow, what an election! I’m tempted to say the FBI gave it to Trump but the results are too strong for that to be the sole reason for his victory. There’s a real movement behind this result and it isn’t in any sense a triumph of Republicanism. In fact I think it may be hard for the Republican Party as we knew it to even survive. Time will tell.

Until such time, the world will go a little crazy. Stocks will slide, women will swoon, babies and men will cry. But eventually we’ll pick ourselves up and get back to work.

Having won the election, one thing of which I am absolutely sure is that Trump won’t be building a Mexican wall. That was just a ploy to get elected. He’ll invite the Mexican President to visit, they’ll eat taco salads and come to an agreement that recognizes the fact that the immigration flow has already reversed itself. Problem solved! The more problems Trump can claim to solve with his pen the better.

When contemplating General Eisenhower winning the Presidential election in 1952, retiring President Harry Truman said, "He’ll sit here, and he’ll say, 'Do this! Do that!' And nothing will happen".

While this doesn’t mean there won’t be twists and turns ahead, I see those as twists and turns of positioning and diplomacy, not business. Everything that made sense yesterday will still make sense after January 20th.

George W. Bush was another President partial to bombast and we survived him. Trump might be a nightmare but maybe the instincts of the electorate are correct and we need someone to do a cannonball in the pool, getting everyone wet. In the long run he’ll get very little done because he doesn’t know how government really operates and his helpers aren’t that helpful. It’s in the short run that he’ll really shake things up, not by doing anything, but through people imagining what he might do. Imagination tends to be worse than reality.

I worked for awhile in the Carter White House. His first foreign trip was to the UK and at some point on that long flight President Carter decided he’d like a drink. But knowing him to be a born-again Christian, the stewards had removed from Air Force One all alcohol. Big mistake. Similarly, people will believe the worst of Trump or hope for the best and both will be inevitably disappointed.