Furious Kaspersky is 'disappointed and dismayed' with Microsoft 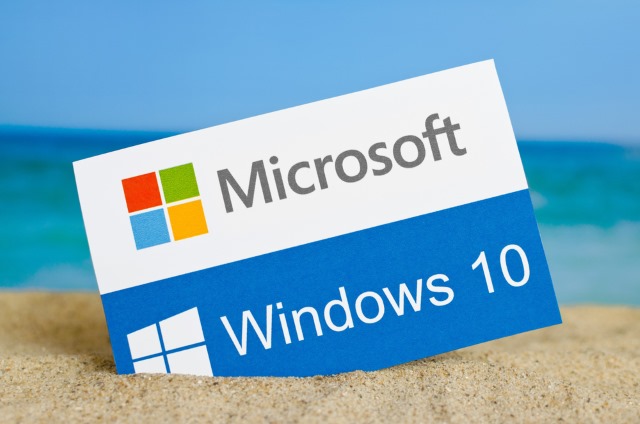 Claims of anti-competitive behavior are incredibly common in the world of tech; Google finds itself on the defensive on just about a weekly basis. Microsoft is certainly no stranger to accusations of anti-competitiveness, most notably for bundling Internet Explorer in older versions of Windows. But now it's Microsoft's approach to security that's in the firing line.

Eugene Kaspersky (yes, that one: the Russian security expert and CEO of Kaspersky Lab) has fired a vitriolic tirade at Microsoft in which he complains about how Windows Defender works in Windows 10. Windows 10 has been lambasted for many reasons since it launched, and things are not really improving as we near the launch of Windows 10 Creators Update. Kaspersky is so furious about the way in which Defender operates that he has written a lengthy and bitter blog post entitled: "That's It. I've Had Enough!"

It would be easy to dismiss Kaspersky's epic 2,000-word diatribe as a 'rant', but it is much more than that. The blog post may be angry in its tone, but it is also level-headed and well-argued. Kaspersky accuses Microsoft of creating "a challenge for all computer users and the entire ecosystem of independent developers for Windows".

He points to complaints from Windows users that Windows 10 has been caught changing settings in the background, covertly switching default settings from third-party apps to Microsoft's own products. With Kaspersky's (both the name and his company) vested interest in security, it's little wonder that the main thrust of his complaint centers around Windows 10's Defender security product:

When you upgrade to Windows 10, Microsoft automatically and without any warning deactivates all 'incompatible' security software and in its place installs... you guessed it -- its own Defender antivirus. But what did it expect when independent developers were given all of one week before the release of the new version of the OS to make their software compatible? Even if software did manage to be compatible according to the initial check before the upgrade, weird things tended to happen and Defender would still take over.

Kaspersky is unhappy with the way Microsoft tries to encourage a switch to Defender even if it deems that compatible security software is installed. He points to a scary-looking window that appears and tries to entice users into re-enabling Defender -- which, if done, incidentally, means the third-party security tool is disabled. It's activity like this that leaves Kaspersky "both very disappointed and dismayed".

He goes on to complain about how developers have been restricted by Microsoft in how they can advertise an expired license to their users. Should your anti-virus license run out, developers can only warn you of this for a three-day period -- and if you don’t renew the license in this time, Windows Defender is automatically enabled for you. It could be argued that this is a case of Microsoft trying to keep computers secure, but it is also very easy to see it as being anti-competitive behavior. This is particularly true when you consider something else that Kaspersky points out:

Microsoft has introduced a limit on the number of antiviruses you can have on a PC: one (or two -- if one of them is Defender; see below). At first glance this looks like sense: all for a more comfortable user experience. But the devil's in the details...

Let's say you've an independent AV. You intentionally -- or not (e.g., with bundled software) -- install a trial version of a different AV, but forget to delete it or purchase a license for it. When the trial period is up, Windows quietly turns off both AVs, and -- you guessed it -- turns on Defender! So, it's out with two non-Microsoft products, and in with one Microsoft product, in no way whatsoever for a more comfortable -- or safer -- user experience.

Further ire is raised by what can happen next:

Microsoft violates its own rule regarding only being able to have one AV on a system. The rule doesn't apply to Defender: despite the presence of an independent AV, Windows will occasionally turn on its AV scanner. It demonstrates the results of its blustery activity, again egging the user on to ditch the other AV and stick with Defender.

Kaspersky says it is only possible to come to one conclusion based on all of this evidence: "Microsoft is gradually squeezing independent developers out of the Windows ecosystem if it has its own application for this or that purpose". He has gone as far as complaining about Microsoft in both Russia and Europe:

We think that Microsoft has been using its dominating position in the market of operating systems to create competitive advantages for its own product. The company is foisting its Defender on the user, which isn't beneficial from the point of view of protection of a computer against cyberattacks. The company is also creating obstacles for companies to access the market, and infringes upon the interests of independent developers of security products.

We've taken the decision to address official bodies in various countries (including the EU and Russia) with a request to oblige Microsoft to cease its violation of anti-competition legislation and to remove the consequences of that violation.

To oblige Microsoft (i) to provide new versions and updates of Windows to independent developers in good time so they can maintain compatibility of their software to Windows; (ii) explicitly inform the user of the presence of incompatible software before upgrading Windows and recommend the user to install a compatible version of the software after the upgrade; (iii) always explicitly ask the user for his/her approval to enable Windows Defender.

Microsoft will almost certainly just dismiss these claims, but it will be interesting to see exactly how the company decides to respond.

406 Responses to Furious Kaspersky is 'disappointed and dismayed' with Microsoft