What you need to know about network function virtualization 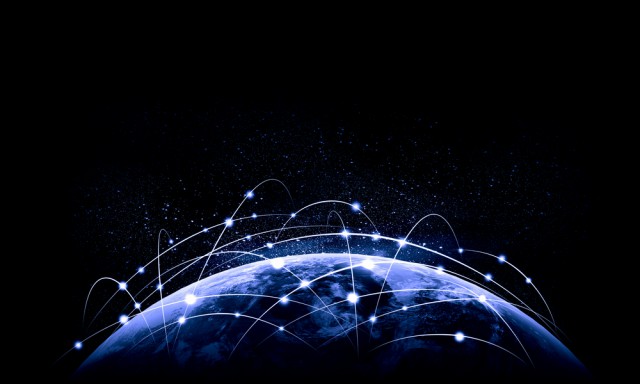 We’re seeing more and more technology functions being virtualized in order to streamline operations and cut costs. Networking is no exception to this trend, though it has been slower to adopt it than some other areas, there are good reasons for this which we’ll look at later. A shift is beginning to occur though.

Network function virtualization allows network tasks to be performed by software running on commodity hardware, replacing expensive, dedicated hardware appliances. This promises easy scaling of functions and should help in the automation of service delivery.

The Background to NFV

In the telecommunications sector products have generally been built around specialist hardware and software in order to offer maximum reliability. The downside of this has always been that new products and services took a long time to come to market.

The rapid growth of fast Internet services along with consequent demand for on-demand streaming services, cloud storage and software-as-a-service models has led to companies looking for faster ways to innovate networking products. The Network Functions Virtualization Industry Specification Group of the European Telecommunications Standards Institute paved the way for NFV with a white paper published in 2012. This led to the production of a framework to guide vendors and service providers in the introduction of technology.

The NFV framework is made up of three components, these are: virtualized network function (VNF), network function virtualization infrastructure (NFVI), and NFV management and orchestration (MANO). In simple terms the VNF provides software implementations of network functions, NFVI is the total hardware and software environment, and MANO is the data repositories and interfaces through which everything is controlled.

VNFs are usually small components which are linked together -- known as chaining -- it deliver more complex services. This approach makes it easy to monitor and manage functions via an orchestration layer to ensure availability and security, independent of the underlying hardware. As the whole thing is modular it becomes easy to scale up to meet increased demand.

One of the big advantages of NFV is that functions don’t have to be centralized. Functions can be distributed closer to where they’re needed, delivering improved performance and greater flexibility. So an internet service provider can, for example, locate virtualized functions on site at large customers.

An important component of NFV platforms is a virtual switch or vSwitch. This delivers connectivity between virtual machines and between those machines and the outside network. Currently the open source Open vSwitch is the most commonly used, though accelerated switches are under development in order to improve performance.

We’ve already looked at software defined networking (SDN) in this series and in many ways the concepts used are similar to those of NFV. SDN offers businesses a stable and adaptable architecture by separating control from the underlying infrastructure.

While NFV doesn’t have to use an SDN and can in fact be implemented on stand alone systems, there are advantages to combining SDN concepts with NFV architecture. This is particularly true in terms of managing the VNF components. Although NFV is relatively new it’s likely to become incorporated into more SDN systems as it matures.

Despite its newness, NFV has gained rapidly in popularity. It’s already being used in the virtualization of mobile base stations, platform as a service (PaaS) applications, content delivery networks, and more. By virtualizing network functions deployed on commodity, standardized hardware, the introduction of NFV should lead to reduced capital and operational expenditures, and service and product introduction times.

For NFV to become mainstream suppliers need to demonstrate that they can deliver the robust, "carrier-grade" services needed to deliver high availability, performance and scalability as well as providing effective network management support.

As VNFs start to replace traditional dedicated networking equipment, there is likely to be a shift to a more service-based approach. Using virtualized network functions removes the need for specific equipment, meaning that availability is defined instead by the VNF services. At the same time it will deliver increased flexibility allowing companies to shop around and combine best of breed network components.

Because NFV technology can handle a wide range of network function types, each of which may have its own service availability expectations, NFV platforms will be able to support a wide range of different fault tolerance options. This will offer service providers the ability to more closely tailor their NFV solutions to deliver specific availability levels.

A number of major network equipment vendors have already announced support for NFV. In addition there have been NFV announcements from big software suppliers who provide the NFV platforms used by the equipment companies to build their NFV products.

Whilst still in its early stages, the combined NFV and SDN market is expected to be worth around $18 billion a year by 2020 according to a recent study. This growth is set to be driven by an increasing number of connected devices, from IoT gadgets to connected cars. While telecom providers were among the first to adopt NFV internet and cloud services providers are beginning to take an interest in the technology. Unsurprisingly, major network suppliers like Cisco have been quick to produce their own NFV offerings with a complete end-to-end package.

Despite all this interest though we’re unlikely to see a massive wholesale switch to NFV in the near future. This is partly because many networking functions still rely on specialist hardware such as particular interface cards or processors. Until VNF components running on off-the-shelf x86 hardware can match their performance there will be an understandable reluctance to virtualize.

This in turn means there is currently huge investment in traditional networking with many dedicated hardware appliances in use. This applies both to service providers and end users, businesses at all levels will be reluctant to simply move away from that and leap into totally virtualized environments. What is likely to happen is a gradual shift as new networking requirements become virtualized in software and investment in new dedicated hardware platforms slowly declines.