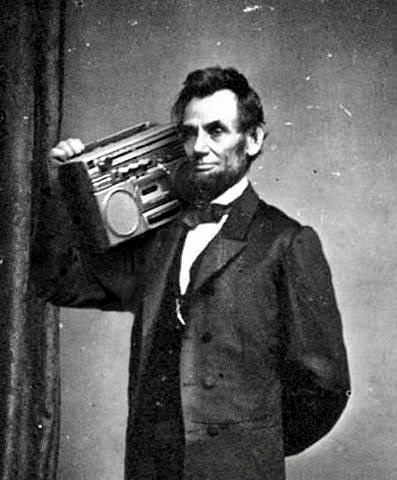 I’m here nominally to address the problem of what’s being called Fake News. At its core this is as labeled -- news that is fake; news that isn’t news; deceptive content intended not to inform or convince but to manipulate and make trouble. It’s a huge problem, we’re told, that will require new algorithms and tons of cloud to fix. But I’m not so sure. You see the key to keeping fake news out is to put real news in.

The recent Fake News tempest has got me thinking about what I do and don’t do right here in this simplest of all corners of the Internet. I’m just one man and a keyboard. For 19 years I’ve been pumping out this stuff generally by myself and for the most part without the support of advertising revenue, either. Did you ever wonder how I make my living? It’s not from that PayPal Donate button, which brings in about $200 per year.

I don’t work for a newspaper or a network, at least not since the end of 2008. I don’t carry much in the way of advertising. I don’t even seek readers. This page is pretty much unchanged since January 2009 and that bugs the heck out of Search Engine Optimizers who are always trying to sell me their services to "improve my business" and "get more customers" by "raising my search results to the first Google page".

These SEO experts have no idea what business I am even in. They don’t know who are my customers. They sure as heck don’t get it that -- as a boutique news outfit -- I couldn’t care less about Google search results. I am an anachronism and that makes me the perfect person to write about fake news, because there’s no faking it here. I make my living, you see, specifically by being not fake.

If you are American you are probably familiar with the Sunday morning political talk shows on all the major networks. Some of these have been around for more than 60 years. None of them are in danger of being canceled no matter how bad their ratings. That’s because these shows -- and their commercials -- are aimed at an audience of just 536 people, which is to say the sitting President, 100 members of the U.S. Senate, and 435 members of the U.S. House of Representatives. You and I don’t matter to those advertisers and because we don’t matter those shows can charge a lot for commercials that are barely seen by Americans as a whole but very reliably seen by the 536 Americans who actually matter.

It’s a little like that here, too. I write for readers who make the effort to find me and do so year after year, decade after decade. This little rag has a core readership that is among the most informed and influential on the Internet. Look in the comments and you’ll see the same names week after year after decade and the quality of those comments is absolutely the best. That has nothing to do with me and everything to do with you, my readers.

I never edit or delete comments unless the author of that comment asks me to do so. I don’t worry about haters because I don’t have time to worry and because haters are inevitably recognized and driven out. Our little society here takes care of itself because that’s the best way to maintain quality discourse which results in shared knowledge. Sure I get things wrong from time to time but it isn’t deliberate and through your help this dinghy always rights itself, or has so far.

I speak my mind, support my opinions with facts, put it all in a historic context, and do it with generally good humor and with a willingness to be shown from time to time that I am just plain wrong.

What happens here is the exact opposite of Fake News, which is part of the reason why longtime readers feel safe.

Trust is a hard thing to earn and an easy thing to steal. Several times per day I am approached with offers of guest posts written by other people. Some want to give me a day off in exchange for a link to their site (We’ll drive your car to work, don’t worry about a thing). Some want to pay me outright. Some want me to write the post but make it about them, again for money. They all promise their work is of extremely high quality, these people who have exactly no idea what I even do here. So I turn them all away. There are a million words on this site and every one was written by me and always will be. That’s my quality guarantee.

Fake News is news that comes from nowhere. You don’t know who wrote it. Fake news lacks depth and detail. It’s a journalistic head feint, not news. You can often tell it was written by a non-native English speaker. And while I maintain that it is fairly easy to identify Fake News, I think the real value comes from being able to identify Real News when you see it. Who is this guy or gal you are reading? Does what they say make any sense? Does it somehow fit in a corpus of news that you can identify and trust. Even the National Enquirer has a form of internal validity: it is scrupulously loyal to sensation. You know what you are getting with the National Enquirer. Same with the New York Post or the Daily News or The Sun in the UK or even Stern in Germany. If you read these publications you have a good idea what you can trust and what you can’t. Same for major TV networks right down to Fox News. These are all designed to reach specific audiences with news that is, for the most part, well, news.

"Consider the source", my grandfather Fallon Ashley used to say. He received a journalism degree from the University of Michigan class of 1917 right before leaving for France as an artillery lieutenant. "If you don’t know the source, you can’t trust it".

It’s sometimes hard to know the source of stories that are rarely over 350 words and owe their high positions in Google News not to journalistic integrity or even timeliness but to a mixture of SEO experts and paid content.

I hate paid content. That’s where a supposedly reputable news site has links to other stories on other sites they’ve never heard of and the links are generated by machine and hardly reviewed by editors. This happens at the biggest news outfits and it is deplorable. But they do it for the money.

And speaking of money, how do I make mine? I am an angel investor and occasional public speaker. I give advice. I advise startups, established companies, government agencies, individuals, non-profits, newlyweds -- you name it. In an industry where everything is always new, having a long memory and a deep list of contacts can be very useful. I’m not a consultant. I don’t charge by the hour. For giving advice I don’t charge at all. But I ask a lot of questions and learn from every encounter. Come prepared to share.

Just occasionally the stars align and reveal an angel investment worth making (but not generally worth writing about until years later in case you are wondering). That’s become my real gig. But I couldn’t do it if I wasn’t first consistently visible here and if I didn’t have your trust.