Facebook reveals what it is doing to tackle fake news 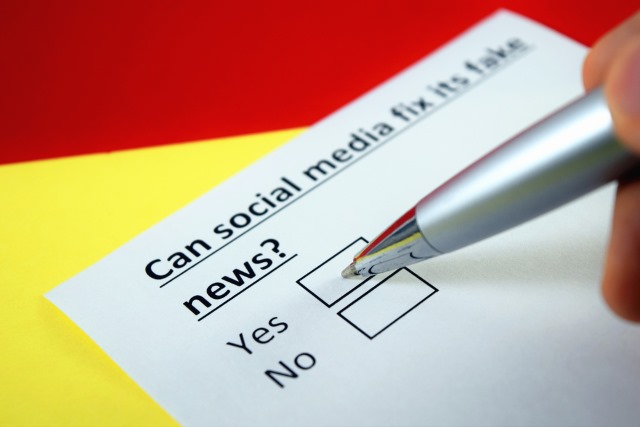 The issue of fake news has been in the headlines a lot recently, and it is Facebook that has borne the brunt of criticism. The social network is in the throes of revamping news feeds in a bid to help stamp out the problem. But Facebook is aware that fake news is not going to be eliminated overnight, and so is focusing on "the worst of the worst".

Today, the company sheds a little light on the work it has undertaken, and what is still being done to help stem the flow of fakery. The initial targets are "the clear hoaxes spread by spammers for their own gain", but this is just the beginning.

While fake news has been around for quite some time, it has only become a major concern fairly recently. As such, Facebook is still experimenting with how best to approach the problem, starting with making it easier for users to report the fake stories they spot. This in itself is not a new option on Facebook -- and it's something that is open to abuse -- but the company says that it is experimenting with different methods of reporting.

Facebook is clearly keen not to be seen as a gatekeeper or editor of the internet. While some stories may be clearly identified as fake or real, the distinction may not be completely clear in every case. In such situations, Facebook wants to place more of an onus on users to do a little research of their own, but it is providing tools that should make this a little easier -- such as flagging up a story as being 'disputed'.

We believe providing more context can help people decide for themselves what to trust and what to share. We’ve started a program to work with third-party fact checking organizations that are signatories of Poynter’s International Fact Checking Code of Principles. We’ll use the reports from our community, along with other signals, to send stories to these organizations. If the fact checking organizations identify a story as fake, it will get flagged as disputed and there will be a link to the corresponding article explaining why. Stories that have been disputed may also appear lower in News Feed.

He points out that while it is still possible to share stories that have been flagged up as potential fakes, they will be marked as disputed and will feature a link that will go some way to explaining why the veracity of the story is unclear. Disputed stories can neither be promoted, or turned into ads, eliminating a monetization option for scammers.

Facebook also says that it has "eliminated the ability to spoof domains", giving scammers fewer opportunities to trick users into believing a fake site is a real one. The company has other plans too: "On the publisher side, we are analyzing publisher sites to detect where policy enforcement actions might be necessary".

New factors are being taken into account when determining the ranking of a story as well. Facebook explains:

Whether or not these measures make much of a dent in the fake news problem remains to be seen, but Facebook has its back covered with its pro-active approach.