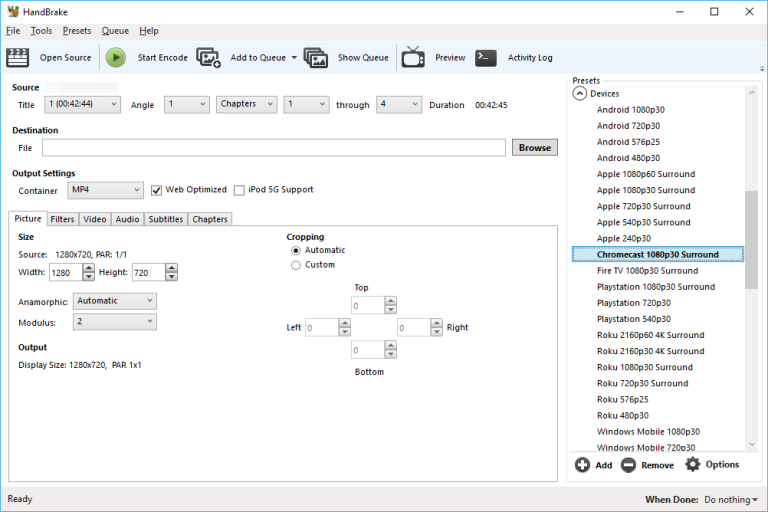 The most obvious change is in the pile of new presets. Whether you’re after a quick general-purpose option (HQ 720p30 Surround) or something more device-specific (now including Chromecast, Fire TV and Roku), it’s only a click away.

Video improvements include Auto anamorphic mode, a smarter and more efficient replacement for Strict anamorphic mode. The Rotate filter is now available from HandBrake’s GUI, and the Decomb/ Deinterlace filter has new defaults and extra settings.

The Windows build now has the option to pause and resume encoding. Sounds good to us, but that’s not all: if you stop encoding part way through, HandBrake now finalizes the partial file to make it playable.

Performance enhancements include support for Intel QuickSync Video H.265/HEVC encoder, although you’ll need a compatible Skylake or later CPU to use it.

There are hundreds of other bug fixes and usability tweaks, and just about every third-party library gets an update.

HandBrake 1.0.0 is available for Windows, Mac and Linux.