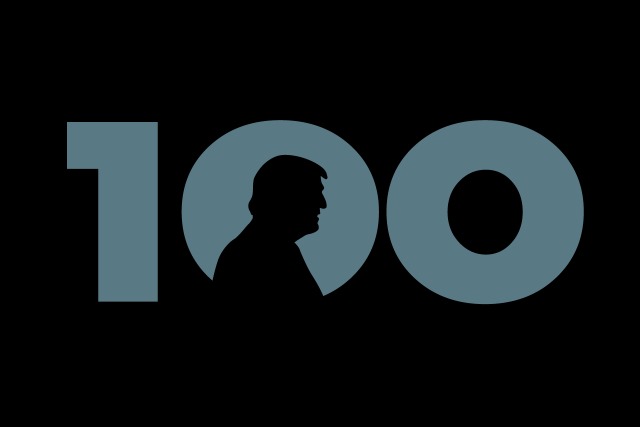 The Electronic Frontier Foundation has set out its plans for the first 100 days under Trump, during which time it says it will continue to fight for the rights of internet and technology users.

The digital rights group has already drawn up a wishlist for covering its privacy and security dreams for 2017, but the 100-day plan sees the EFF setting out its agenda for the first few months under Trump. Having claimed that "our civil liberties need an independent defense force" and that "free speech and the rights to privacy, transparency, and innovation won’t survive on their own", EFF is prepared to go to court -- again -- to hold the new administration to account when necessary.

The group plans to continue its fight against "wrongful surveillance and censorship orders", and says that it will make full use of Freedom of Information Act requests to "force transparency on our secretive government". This is something that will be happening right from the get-go: "we intend to wield this tool from the earliest days of Trump's presidency".

As well as fighting for rights, the group will continue to promote security and privacy, reaching out to communities to help out when appropriate. "We will be providing even more free or at-cost security trainings to groups who may be subjected to increased surveillance under the Trump administration. We’re reaching out to a wide range of activists, Muslim communities, immigrant communities, lawyers, security educators and others. We also will be working to support security educators".

Adopting something of a bleak tone EFF says:

The first 100 days will set the tone for the rest of Mr. Trump's time in office. The transition team has laid out what they hope to accomplish over this period. Some of the things he and his team said have us preparing for the worst. Based on statements about surveillance, net neutrality, and press freedom, we anticipate attempts to undercut many of the hard-won protections for technology users and thwart efforts to reform broken laws.

But of course the group is not just going to sit back and watch things go wrong.

Campaigning will continue to end mass surveillance. EFF says that it wants to cultivate and build on grassroots movements in all states of the US and it is ready for any attempt to undermine the principles of net neutrality:

There’s ample reason to believe that Mr. Trump and his appointees, backed by members of Congress, will attempt to dismantle hard-fought net neutrality victories. With new membership, we are expecting the Federal Communications Commission to actively seek ways to roll back consumer privacy rights and allow Internet service providers to stealthily harvest your data so it can be packaged and resold to third parties without your permission. We are prepared to fight efforts to undo the Open Internet Order and allow cable and telephone companies to dictate the future of the Internet. We will continue to play a major role in building the movement to oppose any efforts to undermine Internet freedom in Congress, the Executive Branch, and in the courts.

Head over to the EFF website to check out the full 100-day plan.