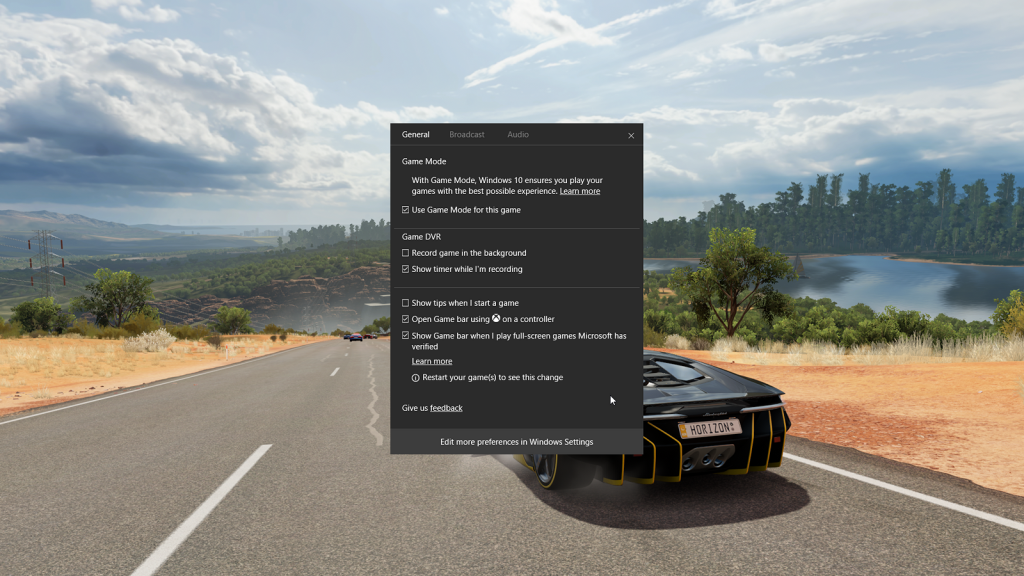 The last three Windows 10 Insider Preview builds have offered a wealth of new features, and the next build, which is expected in a day or so, won’t be any different.

This week’s update will include some big new additions for PC gamers, including Game Mode and Beam video game streaming.

Game Mode optimizes Windows to improve performance. To enable it you’ll just need to start a game, then pull up the Game bar (Windows + G) and click the Settings button. You can watch it in action in the video below.

Built-in Beam streaming will let you broadcast your gameplay and is also actioned by pulling up the Game bar.

The next build will additionally introduce a new Gaming section in the Windows Settings with controls for Game bar, GameDVR and broadcasting.

All the new gaming features will be included in the Windows 10 Creators Update out in April.