Watch the Grammys show live on Roku with CBS All Access 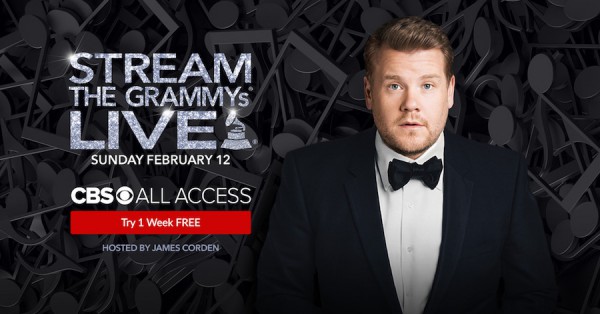 Are you ready for one of the biggest nights in music? The Grammy awards are just hours away from kicking off and many fans are likely wondering how they can watch the festivities live. For those without cable that is a real concern.

Everything kicks off tonight at 8pm ET and it will be hosted by James Corden. If you are one of those of a growing number that don't have cable TV then there are no worries, providing you do have a Roku.

CBS All Access will be carrying the show live. According to the device maker you'll get to see "The star-studded affair kicks off Sunday, February 12 at 8PM ET/5PM PT and includes performances from Alicia Keys, Bruno Mars, Demi Lovato, Katy Perry, Little Big Town, Lady Gaga, Metallica, The Weeknd with Daft Punk and more (there are rumors Beyonce and her baby bump will make an appearance too!). There will also be tributes to Barry Gibb and the Bee Gees, Prince and George Michael".

CBS All Access is free with a 7 day trial. After that it will run you a rather reasonable $5.99 per month. We would be remiss to not point out this is available on other platforms like Fire TV, Chromecast and Apple TV, among others.

So enjoy the performances tonight and hopefully your favorites have a good night.