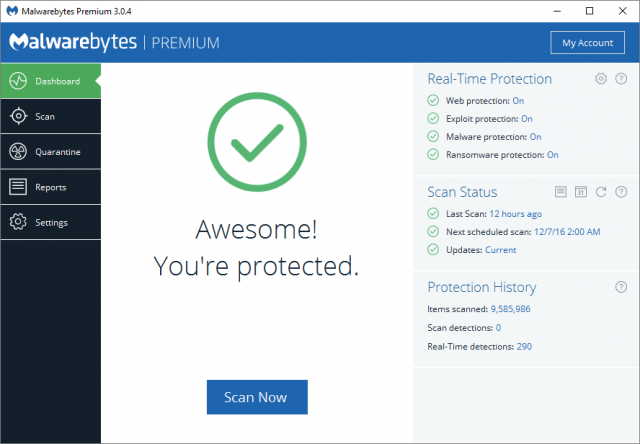 These days, the threats posed to your PC have never been greater. It’s no longer enough to rely on simple basic anti-malware protection and the built-in Windows firewall. If you want to really close the door to hackers, Trojans and other threats, you need to add multiple layers of security to your computer.

That’s the bad news. Here’s the good news: thanks to the Downloadcrew Software Store, there’s never been a better time to beef up your protection, with great deals for the latest software, from Malwarebytes 3 to Emsisoft Anti-Malware 2017.

Why do you need additional protection for your PC anyway? Choose the right product and you should be covered, right? Wrong. These days, you can never be sure just how comprehensive your security suite’s protection is. Does it detect and block ransomware, for example? Can it spot and strip out potentially unwanted program (PUP) installations?

Those who are serious about their security will employ a minimum of two anti-malware tools, with each one covering the gaps left by the other. The secret is choosing the right form of back-up protection. Which is where we come in.

"Wait," we hear you cry. "You can’t run two anti-virus tools together, they’ll cause system slowdown and all manner of conflicts and glitches."

Technically that’s correct, but mindful of the yawning gaps left by some anti-malware tools, smart vendors have re-engineered their software to provide additional protection without conflict, closing all those loopholes and ensuring your PC is as secure as it can be.

Malwarebytes For up to 50 Percent Off!

Take Malwarebytes 3 for example. The free version provides you with the tools to remove malware and spyware from your computer after infection, but curing an infected PC can be tricky and dangerous. Why not simply shut the door before the horses bolt by investing in the Premium version?

The latest version employs four independent tech modules -- anti-malware, anti-ransomware, anti-exploit and malicious website protection -- to protect you from all the threats you didn’t know about as well as those you do. Its real-time protection modules block threats as soon as they’re detected and before they can wreak havoc on your PC.

Malwarebytes is also superb at spotting and blocking PUPs -- potentially unwanted programs that get installed alongside other software. 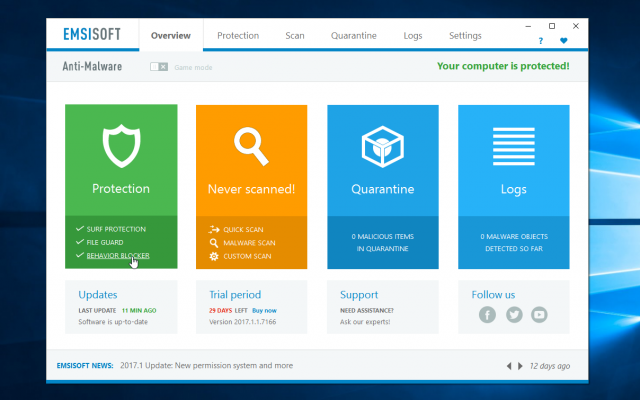 Emsisoft’s products have long embraced the notion that two (or even more) scanners are better than one. Its security range currently employs dual-scanner protection, with one engine focussing on mainstream threats, the second focussing on unwanted programs and the pair avoiding duplicate signatures to lower overall resource usage.

The software vendor has just announced that it’s revising its versioning scheme to year and month (2017.1 is the current release), with the promise of more frequent feature updates -- 2017.1 introduced a new Permissions System alongside performance improvements around scanning and quarantining suspicious files, for example.

Once again, you can protect your PC with Emsisoft for less with the Downloadcrew Software Store. Pick up a single-PC 12-month sub of Emsisoft Anti-Malware 2017 for just $24.95, a saving of 38 percent on its MSRP, or invest $49.95 in a single-PC, two-year subscription for $49.95, saving 29 percent on its MSRP.

Alternatively, save a whopping 40 percent on a single-PC, 12-month subscription of the full Emsisoft Internet Security 2017 suite, paying just $29.95, which includes all the features of Emisosft Anti-Malware plus the core firewall protection of Online Armor. 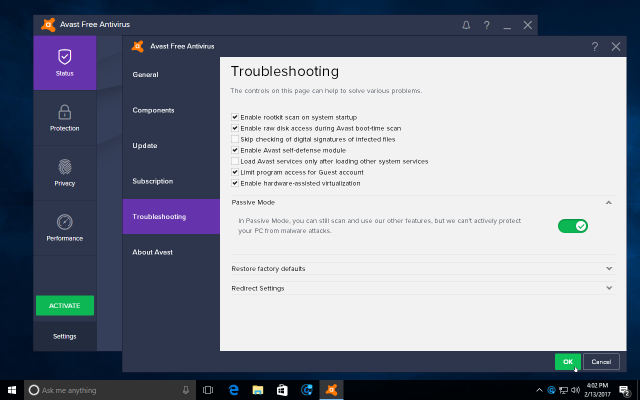 Other security vendors are starting to realize the importance of allowing their products to play nicely alongside other tools as well. Avast’s 2017 product range, released last week, includes a brand new "Passive Mode" feature.

It kicks in as soon as you attempt to install Avast! alongside another security product, or you can manually switch it on via Settings > Troubleshooting. It’s not as smart as Malwarebytes or Emsisoft (it basically switches off its own real-time protection, leaving you with scan-and-remove tools only), but it’s still a handy feature.

You’ll find a range of special offers for Avast! products in the Downloadcrew Software Store too: a three-PC, 12-month license of Avast! Pro Antivirus 2017 is available for just $24.99, saving you a whopping 55 percent on the MSRP. Other great deals include 50 percent off both Avast! Internet Security 2017 and Avast! Premier 2017.