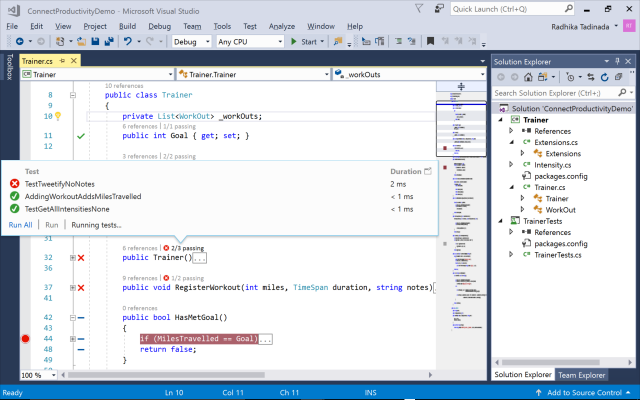 Visual Studio 2017, according to Microsoft's blog post announcing the release, features an improved startup and project load times, better navigation, the ability to edit files without having to open a project or solution, CMake support and Linux support for C++, Xamarin Forms Previewer, a new Connected Services experience, the ability to build .NET Core 1.0 and .NET Core 1.1 apps, support for Azure App Service and more.

What it doesn't include is the data science workload that's part of Visual Studio 2015. Microsoft says that will be added in a later update, which will also include support for the R programming language.

A subscription for Professional runs for $539 per year ($45 per month) while the Enterprise edition can be had for $2,999 per year (or $250 per month). Both of the premium editions include additional perks, such as Azure credits.

Visual Studio for Mac Preview 4, as it's referred to by Microsoft, comes with the new features and bug fixes part of Xamarin Studio 6.3, memory and performance enhancements, improved .NET Core support and lots and lots of bug fixes.

To install it on your Mac, you need to be on OS X 10.11 El Capitan or macOS Sierra 10.12. It can be installed alongside Xamarin Studio, but Microsoft notes that you need to use a workaround. You can read more about it by clicking the link in the paragraph above.

Visual Studio for Mac is also available to download from visualstudio.com