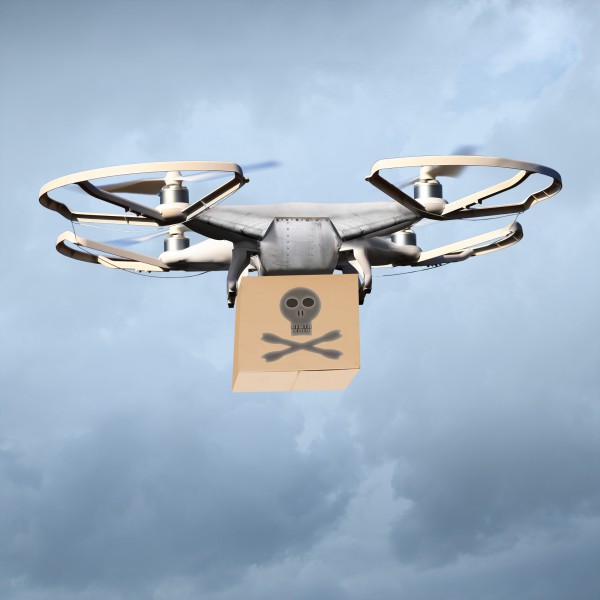 Robbing the mail has a long and dishonorable history dating back to the days of the stagecoach. But UK-based online parcel broker ParcelHero is warning that automated delivery drones and droids could see the rise of a new breed of high-tech highwaymen.

The development of devices that alter the drone or droid's instructions, or simply stop them dead, is seen as inevitable. With UK online retail sales now worth more than £130 billion a year, if deliveries are to become largely automated and just one percent of items are waylaid using new technology, that's over £1bn of goods stolen a year.

"Autonomous deliveries are already happening. Amazon drones have delivered parcels in Cambridgeshire, droids have carried food and goods in London, and driverless vans are operating in Greenwich," says ParcelHero's head of consumer research, David Jinks. "But as technology takes over, a new generation of cyber-criminals will be bent on stealing from these automated machines. While the last recorded traditional highwayman rode into the sunset in 1831, it's likely 21st century highwaymen will soon be attempting to force these devices to 'Stand and Deliver' your deliveries!"

The company also foresees signals that reprogram deliveries -- taking advantage of existing technology currently used to divert a courier whilst it is on route to another destination or a neighbor -- being developed. By diverting delivery drones into Faraday cage-style boxes, the modern-day highwayman will be able to block tracking signals and web cam pictures indicating where the delivery has been taken. It's also possible that pirate drones could be used to intercept parcels in flight.

"Highwaymen once enjoyed a kind of popular glamour; especially those who went to the gallows laughing and joking: that’s why we still know of the exploits of Dick Turpin," adds Jinks. "But I don't think today's public will find anything admirable in the theft of their eagerly anticipated parcels. It’s vital that Amazon, and the various couriers and tech companies designing autonomous delivery machines, plan for such attempted thefts and build robust defenses and safeguards into them."

You can read more about how technology has changed parcel deliveries on the ParcelHero blog.