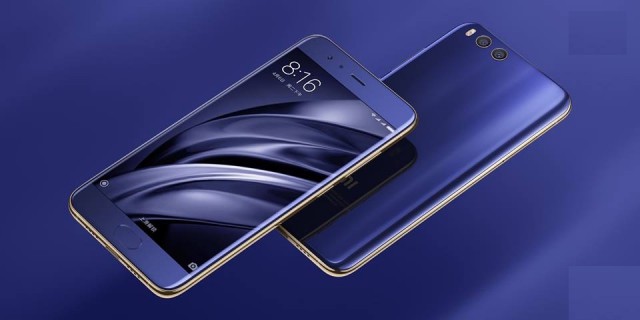 New flagships have to be truly special to stand out from the crowd when you have high-end smartphones like the Apple iPhone 7 and Samsung Galaxy S8 at the top of the pack. Xiaomi knows this, which is why the new Mi 6 features cutting edge hardware, a great price, and a pretty cool camera setup on the back.

The Mi 6 features two 12MP cameras on the back, one with a wide-angle lens for casual snaps and the other with a telephoto lens for when you need to zoom in. Xiaomi says that the second camera lets you enjoy 2x zoom without a loss in quality.

There's also optical image stabilization and 4K video recording. If that sounds familiar that's because it is. The iPhone 7 Plus has almost the same specs, down to the lossless zoom level, save for the aperture on the second lens which is f/2.8 as opposed to f/2.6 on the Mi 6.

The lower the number, the more light it lets in -- so, the Mi 6 has what it takes to fare better in low-light when using the telephoto lens. Both the Mi 6 and iPhone 7 have an f/1.8 lens for the standard camera.

Regardless of the model, you get a 5.15-inch display with a resolution of 1,080 by 1,920 and 600 nits of brightness, and a Qualcomm Snapdragon 835 processor behind that. The battery is a 3,350mAh unit that is said to provide enough power to have the Mi 6 running for a day.

Xiaomi says that the Mi 6 is the first 5.15-inch smartphone with a dual camera, but I doubt that any consumer cares about a smartphone that's the first in a niche within a niche.

What prospective buyers may find more interesting is that the Mi 6 also adds dual speakers to the mix, a splash-resistant body, rounded edges, Bluetooth 5, and a USB Type-C port on the bottom.

As you can see, Xiaomi didn't opt for a crazy, novel display this time round. That's something that most consumers will probably be able to live with, considering that this type of screen allows for the fingerprint sensor to be retained on the front. On the Mi 6, it's embedded in the home button.