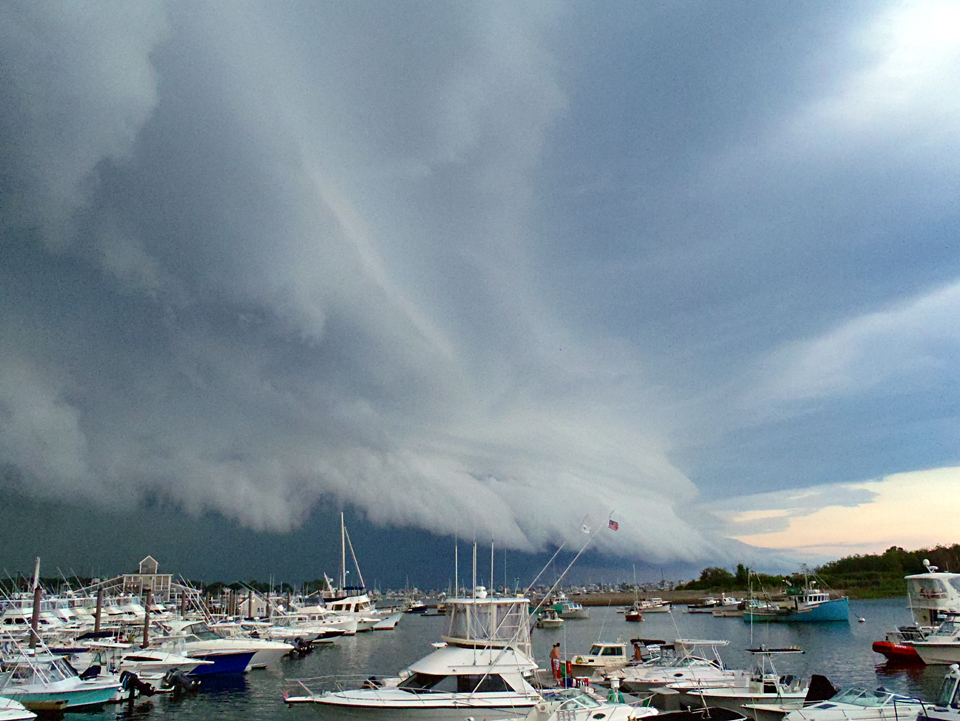 The title above is a play on the famous Bill Gates memo, The Internet Tidal Wave, written in May, 1995. Gates, on one of his reading weeks, realized that the Internet was the future of IT and Microsoft, through Gates’s own miscalculation, was then barely part of that future. So he wrote the memo, turned the company around, built Internet Explorer, and changed the course of business history.

That’s how people tend to read the memo, as a snapshot of technical brilliance and ambition. But the inspiration for the Gates memo was another document, The Final Days of Autodesk, written in 1991 by Autodesk CEO John Walker. Walker’s memo was not about how the future could be saved, but about how seemingly invincible market advantages could be quickly lost. If Autodesk, the Computer Aided Design pioneer, was ever going to die, this was how Walker figured it would happen. And Gates believed him. Now it’s about to happen again.  Amazon Web Services -- the first and still largest public computing cloud -- is 11 years old, which is old enough for there not only to be some clear cloud computing winners (AWS, Microsoft Azure and a bunch of startups) but some obvious losers, too. This rising tide is not raising all ships. That’s why it’s time for the Cloud Computing Tidal Wave.

In the world of computing, almost every platform transition creates a new market giant. Old companies generally die to make way for new companies. Univac and Burroughs were parts of the mainframe era that didn’t survive, replaced by minicomputers from companies like Digital, Data General and Prime. Those companies in turn gave way to personal computing pioneers like Apple, Compaq, and Microsoft. Only IBM seemed to remain a constant from one hardware generation to the next. But now we’re in the mobile era and IBM has almost no presence there, so the platform transition rule may still hold true.

The new thing’s the cloud and that wave will have its new champions, too, as well as losers. We’ve tended to focus our attention on providers of cloud hosting services, but the cloud is much more than data centers and servers. It’s applications and services, too, and hardly any of those are coming from old guard companies.

First among the losers in cloud computing are the venerable mainframes that survive today mainly because Big Business still relies on a lot of old COBOL code -- code too big to be comfortable on a PC or even a minicomputer. But the cloud scales infinitely and COBOL is heading there and it can only hurt mainframe computer makers.

Suffering, too are the personal computer makers. As processing moves from the desktop to the cloud, desktops get punier, cheaper, and less profitable. There’s money to be made in the initial transformation from desktop to cloud, but what happens when all those desktops have been replaced? For the most part they won’t need to be upgraded… ever. The three-year PC upgrade cycle for businesses is already being disrupted. I am writing this column on a mid-2010 Apple MacBook Pro -- a seven year old computer I have no plans to replace because it works just fine, thanks to the boost it gets from cloud services.

In every platform transition there are companies that probably can’t make the jump. One of those that stands out today especially because it has been in the news is Citrix Systems, the Virtual Desktop Infrastructure (VDI) pioneer. VDI is, on first glance, a lot like the cloud. Citrix even refers to itself as a "cloud services company." But VDI isn’t the cloud. VDI allows businesses to make one PC serve several users or one server help dozens or hundreds. But in cloud computing even the PC is virtual, which is very different.

Old market leaders like Citrix are making too much profit in legacy VDI contracts to really switch to the cloud. The company can’t bring itself to make obsolete its own products and so that’s left to some other company -- in the case of Citrix the likely vanquisher is a Silicon Valley startup called Frame, which has been moving companies like Adobe, Autodesk, HP, and Siemens to the cloud.

Citrix, which hired Goldman Sachs earlier this year to help it find a buyer, would probably love to sell itself to Microsoft, but how likely is that given Microsoft’s absolute commitment to the cloud? Not very.