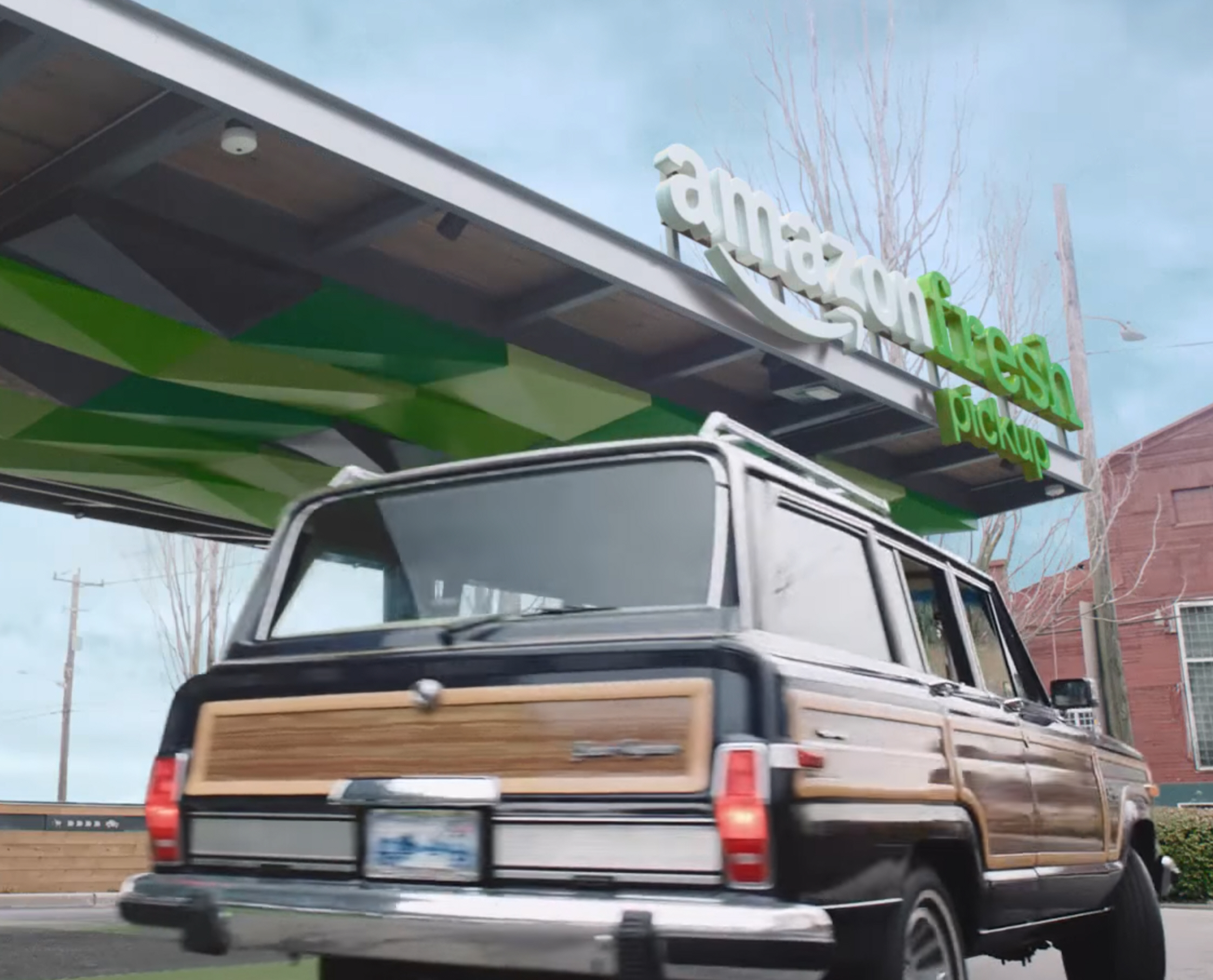 As Amazon runs out of ways to expand its mountain-sized market share in the online retail space, its attempts to grow its presence in the real world are continuing to materialize, with new plans being firmed up on both coasts of the United States.

Today, it officially launched AmazonFresh Pickup, a physical location where customers can pick up groceries ordered online, in its corporate home town of Seattle. It also cut the ribbon on its new retail book store in New York City.

The company's AmazonFresh delivery service launched in 2007 and has since rolled out to a handful of cities. The $14.99 monthly fee for the service is a rough barrier to entry, however, and as much as consumers have now been conditioned to loathe going to a big box department store, the comfort and familiarity of their local grocery store chains has led to those chains remaining some of strongest players in the brick-and-mortar world. It's one of the few segments Amazon has not cornered.

Those legacy chains are not just sitting around and waiting to be overthrown, though. They have woken up and enhanced their digital presence, with many offering online ordering solutions that allow customers to swing by and get their grocery necessities in hand in a matter of minutes, completely negating the need to fill up a physical shopping cart, lay out the items on a checkout conveyor belt, load and unload a bunch of plastic bags, etc.

Now that this concept has caught on, Amazon is following in those footsteps. Placing an order for AmazonFresh Pickup is just like placing a "pick up in store" order from Kroger.com, Ralphs.com, or Walmart.com. Instead of driving to an actual real grocery store, though, you head to one of Amazon's two "fake" grocery stores that only exist as storefronts for online order pickups.

At the same time, Amazon's new physical bookstore has just opened at Columbus Circle in New York City -- which, ironically, also used to be home to a flagship store of the now-defunct mega bookstore chain Borders. It becomes one of seven brick-and-mortar Amazon Books locations, the third on the East Coast, and the first in New York.

A company that has not only caused, but championed, the shutting down of retail bookstores and the entire concept of printed words, the irony is lost on no one. However, the Amazon Books locations are less about being traditional bookstores and more about being thousands of square feet of showcase space for the Amazon brand. They all sell Kindle devices and other Amazon products, and having a giant Amazon logo glimmering in the middle of multiple city centers doesn't hurt.

Of course, the most interesting physical retail concept underway right now is Amazon Go, the online giant's brash attempt to have a "cashier-less" grocery store that uses a sophisticated network of sensors and cameras to detect what each customer takes from the store, then seamlessly charges their accounts when they leave. Despite a delay in rolling out this concept to local residents who don't work in Amazon's corporate campus, it's reported that plans are already beginning to bring the concept overseas to Europe.

In other retail news today, Sears Holdings reported a $230 million loss in the most recent quarter, with stores losing 11-12 percent of their sales compared to last year. Any company voluntarily entering this kind of landscape must be either foolish, brazen, or so arrogant that it thinks it can succeed because every single other company is just doing it wrong. You can check off all three of those boxes for Amazon.