The robots are coming! 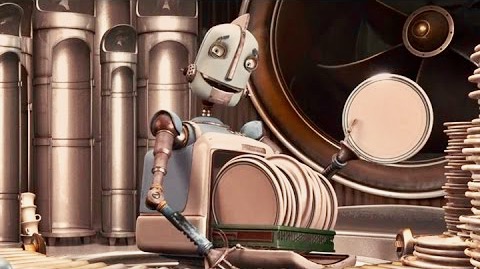 Elon Musk thinks he can increase the speed of his Tesla production line in Fremont, California by 20X. I find this an astonishing concept, but Musk not only owns a car company, he also owns the company that makes the robots used in his car factory. So who am I to say he’s wrong? And if he’s right, well then the implications for everything from manufacturing to the economy to geopolitics to ICBM targeting to your retirement and mine are profound. We may be in trouble or maybe we’re not, but either way it’s going to be an interesting ride.

My friend Jerry Kew from the UK brought this article to my attention in which Elon Musk says he expects to increase the speed of his Tesla production line from the current five centimeters per second to one meter per second. Here’s Jerry’s back-of-the-envelope calculation of what this means:

If Fremont produced at one meter/sec and we assume 6 meters per car.

In one year there are 31.5 million seconds.

Now imagine a dozen such lines.

This is why he always refers to the real challenge being the machine that makes the machine.

He could supply the UK twice over with its new car needs from one production line.

I just think of vertical landing rocket stages on a barge, he meant it when he said a meter per second. The German robotics company he has bought he is driving to only supply Tesla.

Okay, so Jerry’s a bit breathless, but he knows his math. Tesla shares recently zoomed the electric car maker’s market cap past that of Ford, costing Ford CEO Mark Fields his job in the process. While some investors were incredulous that an unprofitable electric car company could be worth so much, maybe part of the reason was Wall Street coming to understand just how Tesla appears to be changing what’s possible with manufacturing.

Ford has 23 global assembly plants that built 6,651,000 cars and trucks in 2016. If Jerry’s numbers are correct, Elon Musk can imagine a single Tesla factory producing 5.25 million cars per year per assembly line (remember the Model 3 is coming from a new assembly line built in the same Fremont factory). Were Tesla able to sell that many cars, they propose duplicating Ford’s entire global production capacity from one factory.

If this becomes the way to go for global car makers then Ford has 22 assembly plants it needs to scrap. I wrote scrap rather than sell because if every one of Ford’s competitors is doing the same thing there won’t be any buyers for those old factories.

Before we get away from Tesla and toward the broader concept of robotic manufacturing, think about how this development turns on its head what it means to be a global car manufacturer. To this point the advantage has always lain with the big car companies. They had the scale. They had the deep pockets. They had the extensive dealer networks. But if it is now possible for one factory to make six million or more cars and trucks and if, like Tesla, you can sell direct, then most of those advantages become disadvantages. Ford (and every company in Ford’s position) needs to retool, throwing away factories and probably cutting its workforce by 80 percent (you don’t need an EVP of manufacturing when you have only one plant). And the dealer network, which has always been viewed as a strength, becomes just a cost center, limiting Ford’s profit margins.

Not only are the big car companies at a disadvantage, for the first time in close to a century it’s probably easier to make a fortune in auto manufacturing working with (or founding) a startup than by signing-on with one of the big companies.

If Musk is correct, Tesla will achieve profitability in the next year or two then quickly become the most profitable car company in the world while the other majors face a decade or more of restructuring.

Now let’s consider what this means for manufacturing in general and for our economic culture. I use the term economic culture quite deliberately because economists have a tendency to dissociate the dollars from the people. But we are in a period where the way we earn our livings is necessarily in flux and it’s a mistake to think of the numbers without regard to the people to whom those numbers will inevitably be applied.

Factory automation has always been about labor economics. The idea has been to replace people and their lifetime financial concerns with machines that can work 24/7 until they are thrown away. Building more cars with the same assembly line was always a matter of adding shifts whether robots or people were doing the work. But now Elon Musk has presented the idea of designing robots (and cars -- this is crucial, because it won’t work without robot-optimized car designs) to operate faster than a human workers ever could. In this new form of automation, robots aren’t replacing people at all, because people frankly couldn’t do the job.

Automation has generally affected manufacturing in two ways: 1) machines replacing people to do the same work, and; 2) system integration, where what was a major electro-mechanical subassembly is reduced to a circuit board with a few chips representing millions of transistors. We’re about to see dramatic advances in both areas.

I was shocked five years ago, for example, when my friend Shoichiro Irimajiri told me that automobile wiring harnesses had reached the point where they cost as much to build as the engine and transmission for the same car. Irimajiri-san, who built Honda’s first U.S. assembly plant in Marysville, Ohio, was then a board member of Delphi, the world’s largest maker of car parts, and certainly knew what he was talking about. The future trend, he explained, had to be for wiring harnesses to become cheaper by turning into intelligent networks with single wire pairs replacing dozens of wires with hundreds of connections. He didn’t know it then, but what Irimajiri-san was describing was the Internet-of-Things (IoT), into which Sand Hill Road has been pouring billions of VC dollars.

Thanks to the IoT, every part of the next-generation car will be intelligent, either optimizing its own performance or at least reporting its health. As a result auto care will involve ever more part replacement and ever less truly skilled labor.

The implications for both these trends if viewed through the lens of increased life expectancy are profound. The World Economic Forum says my son Fallon, born in 2006, has a life expectancy of 104 years, meaning he’ll die in 2110. Think about that number -- 2110!! How can Fallon plan for a career, much less an eventual retirement, based on those numbers? I guess that’s the subject of a future column.