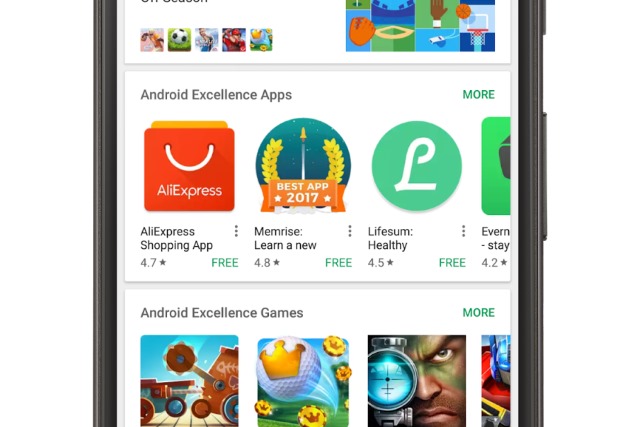 Google has launched a new scheme which sees the company highlighting the very best games and apps to be found in Google Play. This is not simply a list of the most downloaded or, necessarily, the most highly rated titles; Google has a new batch of criteria by which to judge developers' offerings.

The real aim is to heap praise on those apps and games which exude quality, and deliver the best user experiences. Google says that titles which "use many of our best practices, and have great design, technical performance, localization, and device optimization" will also feature in the regularly-updated list.

The Android Excellence apps and games can be found in the Editors' Choice section of Google Play, and the lists will be updated on a quarterly basis. Google makes no mention of prizes or any form of reward other than being featured highly in the store and therefore attracting more attention. The accolade is supposed to be an incentive to improve quality and user experience.