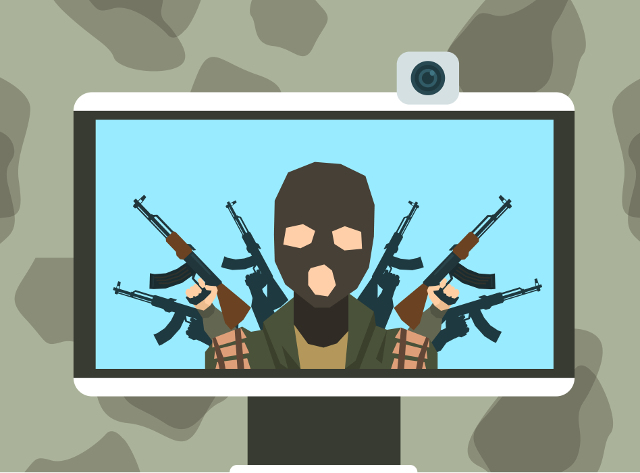 Terrorism is a scourge on society. When people live in fear, they cannot truly be free. While some governments are constantly working to fight terror, it cannot be done alone. To truly keep people safe, the private sector must participate in anti-terrorism efforts too -- especially when fighting propaganda and recruitment.

A good example of this is Google with YouTube. The company's video-streaming site is ubiquitous for a reason -- it is easy to use and non-restrictive when it comes to content. In other words, Google has supported free speech on its platform, but with that said, it also takes down videos that violate the terms of its service. Unfortunately, disgusting content -- including terror-related videos -- have slipped through the cracks. While expecting perfection is unrealistic, Google still wants to do better. In fact, the search-giant is presenting a four-part plan to better fight terrorism on YouTube. In addition, the company is working with other tech giants, such as Facebook, Twitter, and Microsoft to bolster its efforts.

"Terrorism is an attack on open societies, and addressing the threat posed by violence and hate is a critical challenge for us all. Google and YouTube are committed to being part of the solution. We are working with government, law enforcement and civil society groups to tackle the problem of violent extremism online. There should be no place for terrorist content on our services. While we and others have worked for years to identify and remove content that violates our policies, the uncomfortable truth is that we, as an industry, must acknowledge that more needs to be done. Now," says Kent Walker, General Counsel, Google.

Walker further says, "We have thousands of people around the world who review and counter abuse of our platforms. Our engineers have developed technology to prevent re-uploads of known terrorist content using image-matching technology. We have invested in systems that use content-based signals to help identify new videos for removal. And we have developed partnerships with expert groups, counter-extremism agencies, and the other technology companies to help inform and strengthen our efforts."

Step number one is a buzzword in 2017, but "machine learning" is quite appropriate in this regard. The company will use computers first and foremost to try and identify terrorism-related content. This is imperative, as it simply isn't feasible to have human beings monitor each and every video that is uploaded to the site.

With that said, computers alone are not infallible, so for step two, the company will increase the number of humans that will review content too. The problem with this step is that "appropriate" can be subjective to a point, even if Google has strict guidelines. A human being brings bias into the equation, which could muddy things a bit. The search giant claims 90-percent accuracy historically.

The third step is a bit controversial, as Google will make hate-based videos that don't violate the terms of service harder to find. This is a slippery slope, as the company is deciding what videos people will see, which can greatly influence opinions. Heck, this could arguably affect political elections, if some campaign videos, for instance, were to be deemed "hateful." From an advertisement perspective, videos may face demonetization, meaning even though a particular video doesn't violate rules, it won't be eligible for revenue -- at Google's discretion. Understandably, many advertisers probably don't want their products being shown on anything even slightly controversial.

The fourth and final step is quite intriguing, as it uses what Google calls the "redirect method." This will leverage targeted advertising to identify susceptible people that are searching for terrorist content. Google will present advertisements and links that will bring them to anti-terrorist videos in an effort to change their minds. In other words, Google is aiming to stop terrorist recruitment using education. For now, it will only be used in Europe, however.

What do you think of Google's four-part plan? Tell me in the comments below.