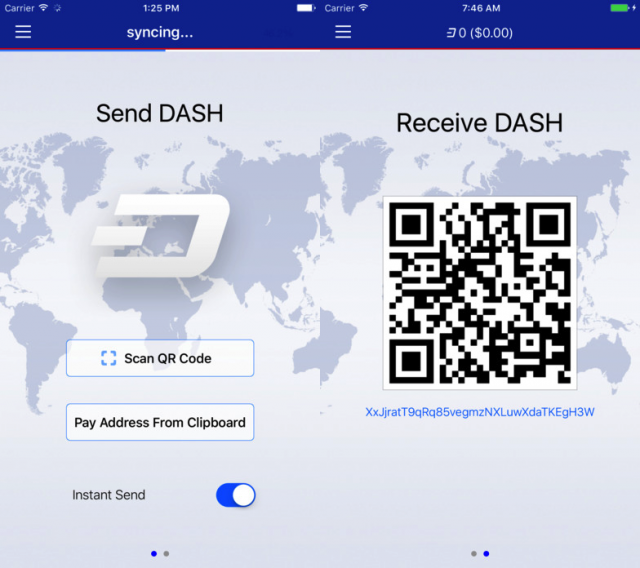 Apple has a selective approach towards cryptocurrency, which is why iOS users only have access to a handful of coins in the App Store. You can find players like Bitcoin, Ethereum, Litecoin and Ripple, but most others are pushed aside.

There is no official position, but it is believed that Apple only accepts cryptocurrencies that are reputable. And Dash just rejoined that list. The sixth-largest cryptocurrency is back in the App Store, after being banned last year.

"The fact that Apple now recognizes the increased demand and importance of Dash speaks to the progress we’ve made," says Dash CEO Ryan Taylor. "Apple products ranks at the top of the list of our users’ demands. Official approval from Apple is important for end user security as well… Now that Dash is an Apple-approved digital currency, we are able to offer our users an officially endorsed wallet option."

Apple's approval comes nearly a year after it instructed developers to drop Dash support from their wallets. It is a good sign for the cryptocurrency, which says that iOS support is among the top requests that users have.

The official wallet, which is available for free, allows users to make and receive Dash payments, enables payments in BTC through conversion via Shapeshift.io, keeps coins secure, and lets users recover funds in case they lose their device, as the main features.

Dash says that it has over 50,000 users across the globe, with the majority being between 18 and 15 years old. The official iOS wallet joins Jaxx Blockchain Wallet, which has re-added Dash support in its latest version.