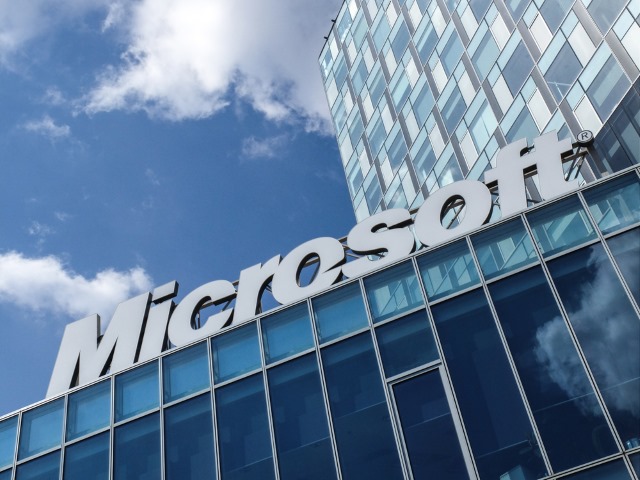 Microsoft has beaten analyst expectations once again with better than expected quarterly earnings.

The Redmond, Wash.-based giant has released its latest quarterly earnings, for Q4 FY2017, showing a non-GAAP revenue of $24.7 billion and GAAP earnings of $0.83 per share. Non-GAAP operating income sat at $7 billion.

The biggest gainer for Microsoft was Azure cloud computing platform. Although overall growth slowed slightly, the division still saw increases close to 100 percent, making it by far the biggest contributor to the company's recent success. Microsoft said its "Intelligent Cloud" business earned it $6.8 billion, with the annual cloud run rate of $15.2 billion.

"Innovation across our cloud platforms drove strong results this quarter," says Microsoft CEO Satya Nadella. "Customers are looking to Microsoft and our thriving partner ecosystem to accelerate their own digital transformations and to unlock new opportunity in this era of intelligent cloud and intelligent edge."

Microsoft has recently undergone structural changes, laying off thousands in the sales divisions around the world in a move it says will help it focus even more on delivering the best cloud service to its customers.

The results could also prove to be bad news for Microsoft's cloud rivals, as the company's vast resources could lead to it dominating the market soon.

"Azure’s meteoric rise in particular has been key to Microsoft’s success in 2017 and notably, the grounds for the firm’s recent restructuring. Azure is on track to become the dominant enterprise cloud platform in the industry over the next several years," noted Nick McQuire, VP of enterprise research at analyst firm CCS Insight.

"Few have the reinforcing breadth of a portfolio as vast as Microsoft's which has been combining over the past few quarters to improve its gross margins. This bodes ominously for rivals such as Amazon Web Services, Google Cloud and IBM who are desperately trying to buck the trend towards commoditization and falling prices in cloud services."