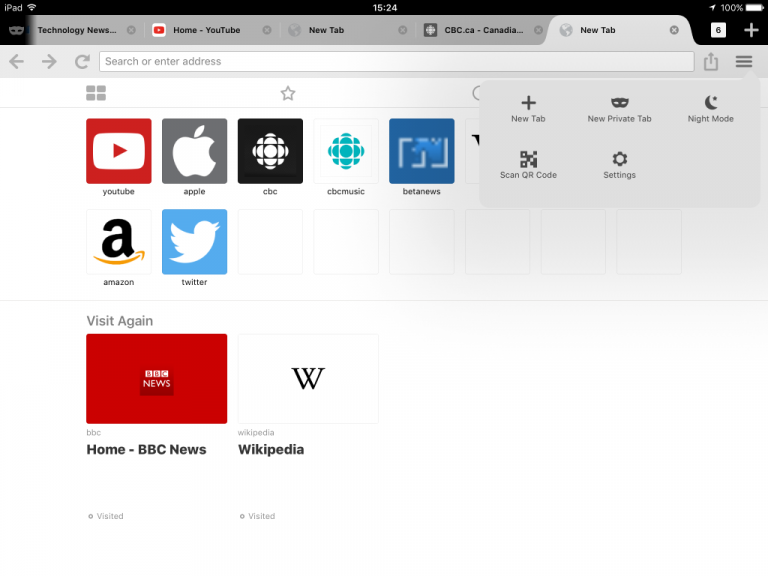 These days, it’s Google and Chrome that dominates the web browser market, with even Microsoft slipping behind and everyone else playing the role of also-rans. Mozilla has suffered more than most -- since dipping below Chrome into third place in 2011, it’s never looked like recovering that market share, but the non-profit is attempting to find itself a niche by playing the outsider card.

If there’s one platform where Mozilla has particularly struggled to gain a foothold, it’s iOS. Can the latest release -- Firefox for iOS 8.0.1 -- change that?

It’s been around two years since Firefox returned to the iPad and iPhone. Mozilla had originally held out in the hope it could force Apple to relent over its policy of only allowing browsers powered by its own open-source WebKit engine.

But eventually Mozilla caved and fell into line -- although its browser will appear familiar to Firefox users, the underlying engine is WebKit, not Mozilla’s own Gecko engine.

That said, there’s lots of clever features built into Firefox for iOS. It claims tighter privacy controls than Chrome and Safari via its Private Mode browsing function, and it sports a clever multi-engine search tool that can be customized any which way the user chooses.

The app also promises to tie in with Firefox Sync, theoretically allowing you to sync your desktop bookmarks, passwords and other settings to your Apple device. We say theoretically because it appears we’re part of a select group of users who can’t set up sync without rendering the browser unusable, crashing within seconds of startup.

If you’re not currently affected by this deal-breaking glitch, then the new version 8.0 offers even more tidbits to tempt you into backing the little guy in the browser wars.

First up is immediately apparent whenever you open a new tab: the page now shows recently visited sites along with highlights from previous visits. In addition, the browser now offers feature recommendations and hints to help users acclimatize.

A new Night Mode -- triggered via the menu (≡) button -- dims the screen to make reading easier on the eyes. There’s also a new QR code reader for scanning digital data from billboards and other sources without requiring a separate app.