Windows Insiders can now 'skip ahead' to Windows 10 Redstone 4

Windows 10 Fall Creators Update (aka Redstone 3) is nearly done. Microsoft is just working to kill all the bugs and stabilize the release now.

It won’t begin the official rollout for a while -- and if the speed of the Creators Update rollout is anything to go by you likely won’t get it for months anyway -- but the software giant is already looking to the future, and Redstone 4. Insiders who want to remain on the cutting edge at all times will be given the chance to 'skip ahead' and start receiving builds from that future branch if they wish.

Insiders who want to jump to the next build will be able to do so in Settings > Update & Security and going into the Windows Insider Program section. Under 'What kind of content would you like to receive?' select 'Skip ahead to the next Windows release.'

Users who do this will be given the opportunity to start trying out the Redstone 4 builds, in addition to receiving app updates again for many of the inbox apps in Windows 10 such as Photos, Skype, Groove, and Movies & TV. 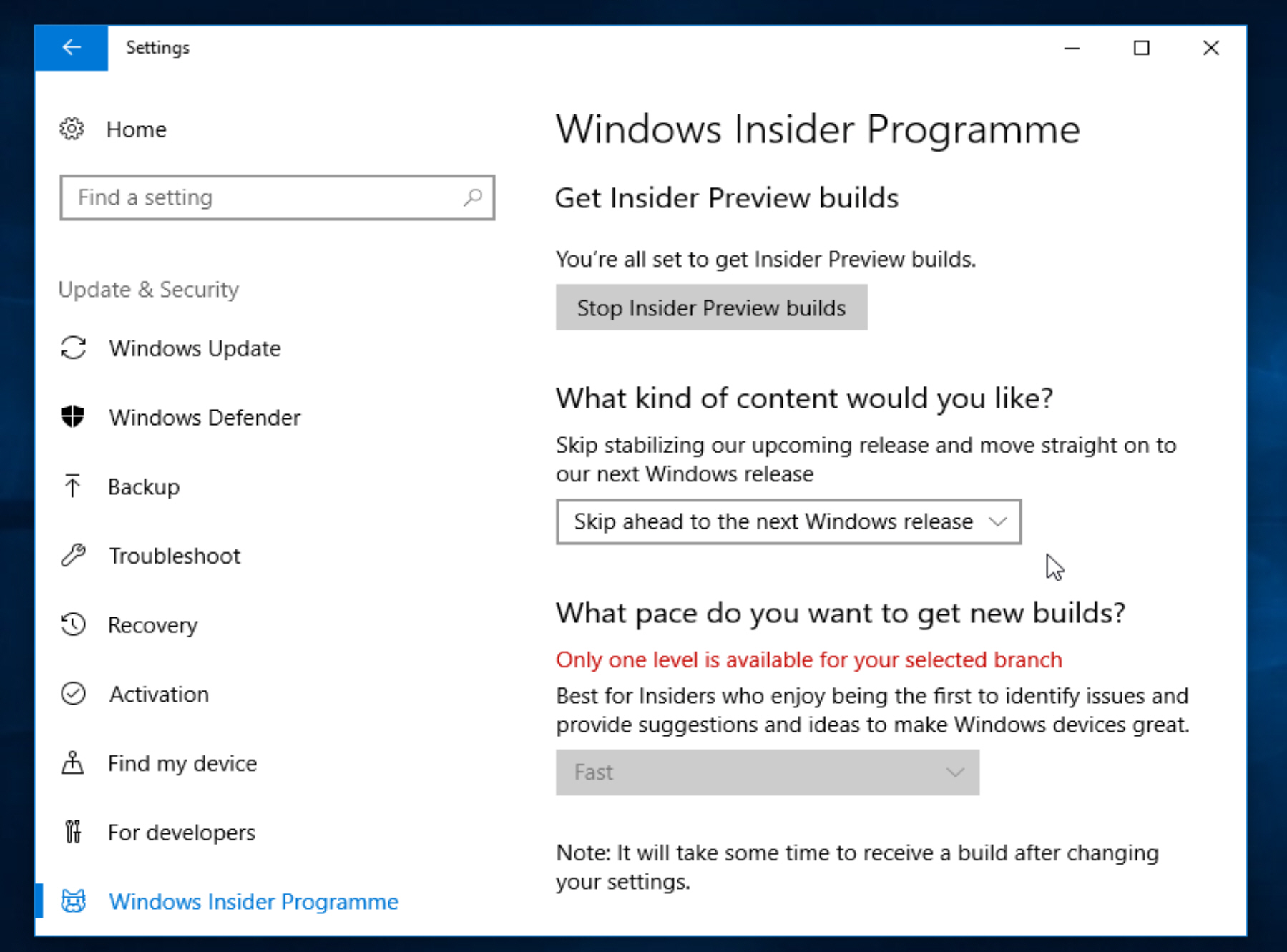 Microsoft explains the idea behind the move, stating:

Obviously, skipping ahead like this is not without risks. As Microsoft puts it, "builds from RS_PRERELEASE will get less stable as teams start checking in new code."

Insiders who choose not to skip ahead, will eventually be transitioned into the RS_PRERELEASE channel anyway, unless they choose to opt out of the Insider program.

There is one other issue to be aware of, and that’s only a limited number of Insiders will be able to take advantage of the option to skip ahead. Once Microsoft’s limit is met, the option will be closed.