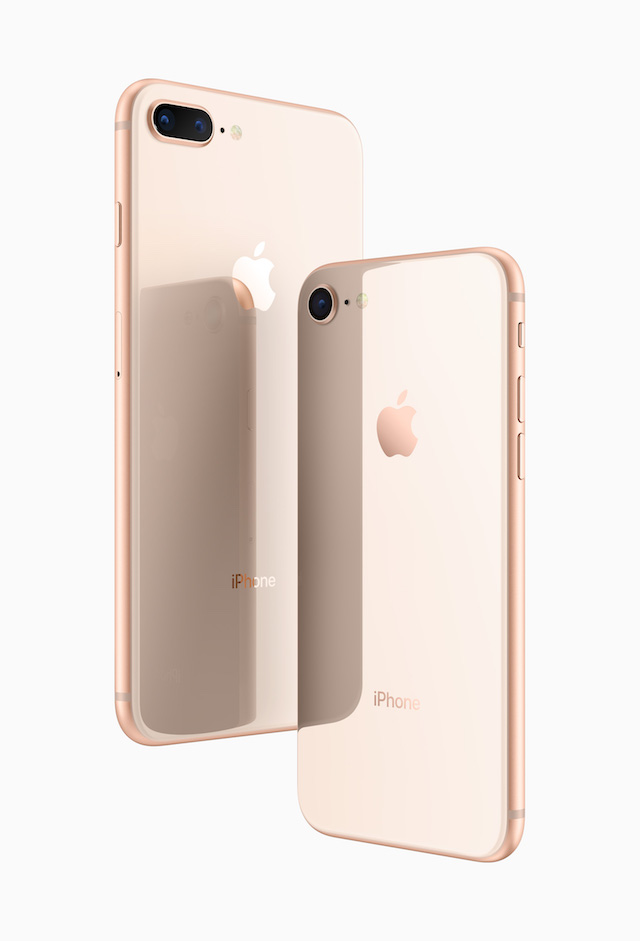 Today Apple took the wraps off the eagerly-awaited iPhone 8 and iPhone 8 Plus -- which Apple says improves on everything about the iPhone. Available in silver, space gray, and gold, the phones have glass on the front and back and are sealed for water and dust resistance.

The body is built from a custom aluminum alloy and the glass has a seven-layer color process. Looks are important, but what's going on inside also matters. Apple claims that this is the first smartphone designed for AR, helped along by new gyroscopes and accelerometer as well as the new A11 Bionic chip -- the "most powerful chip ever in a smartphone".

The six-core processor has a 64-bit design and crams in 4.3 billion transistors. It's 25 percent faster than its predecessor with its two performance cores, while four high-efficiency cores are 7 percent faster. There's also a speed improvement with a 30 percent faster GPU.

There's wireless charging thanks to the glass back, as well as LTE Advanced and BT 5.0. The new iPhone uses the Qi standard, so there are lots of accessories that will work with it.

The iPhone 8 has a 4.7-inch screen, while the iPhone 8 Plus sees this jump to 5.9 inches. The displays have been updated with True Tone that adapts to ambient light and there's also improved color accuracy, and integrated 3D Touch. Both models feature updated stereo speakers which are 25 percent louder and offer deeper bass. 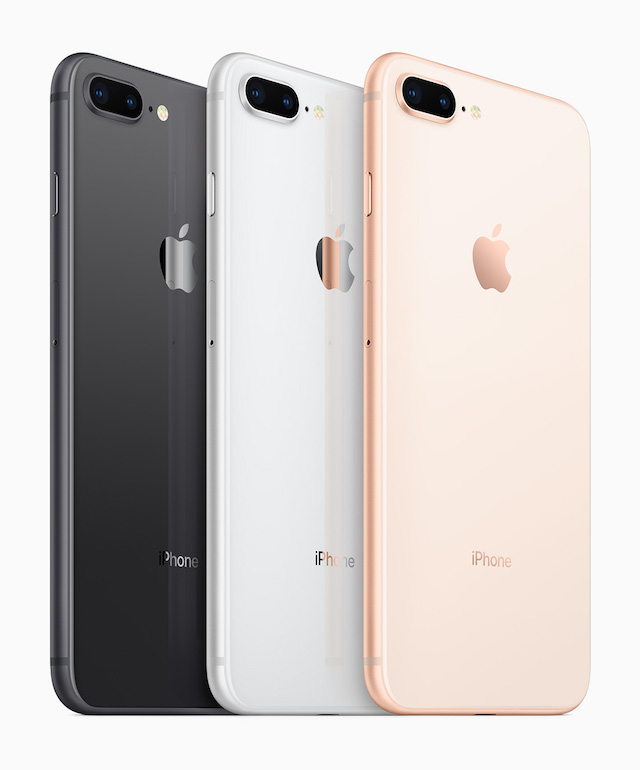 The non-Plus model has a 12MP camera with deeper pixels and better colors, and lets in 83 percent more light. There's also optical image stabilization to prevent wobble. The iPhone 8 Plus has dual 12MP sensors with f1.8 and f2.8 apertures.

Both models have a new Portrait Lighting mode which allows you to tinker with light settings while composing a shot, and after you have taken it. Apple makes a point of saying the changes made here are not filters, but real-time lighting effects. The cameras can shoot 4K at 60 fps, and there's also a 1080p 240 fps slow motion mode. 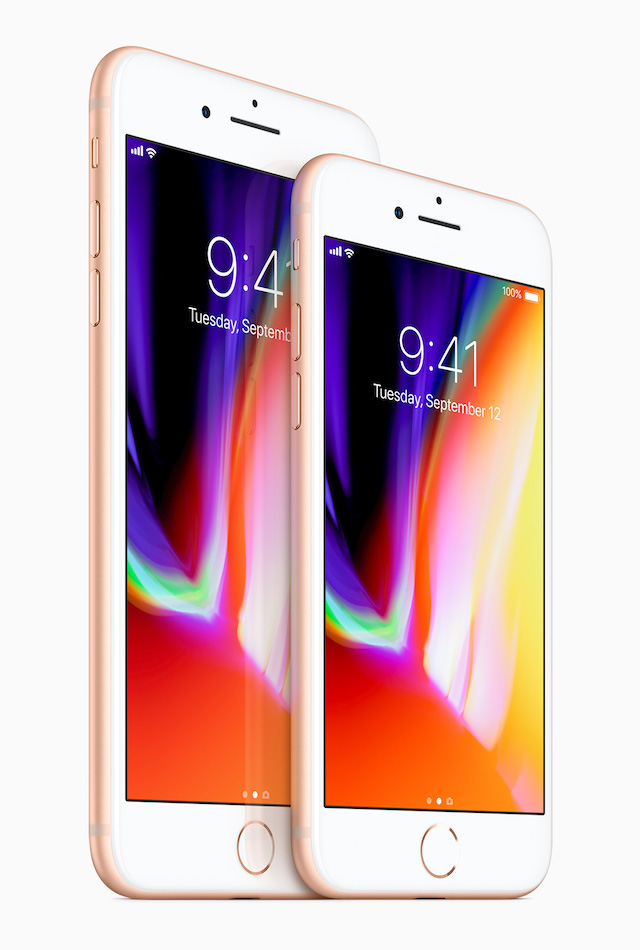