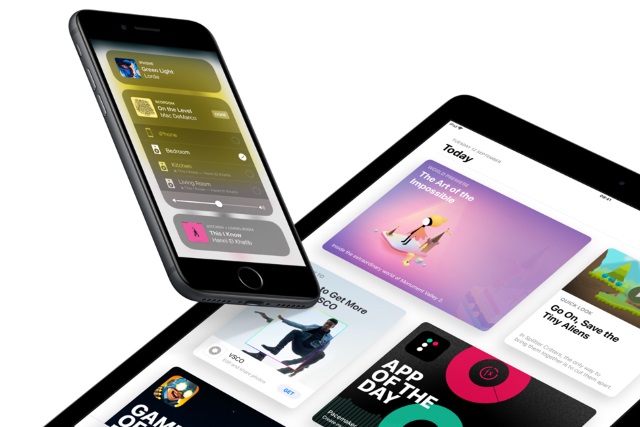 A study conducted by security research firm Wandera shows that iOS 11 is causing iPhone and iPad batteries to drain faster than ever -- much faster. The difference between iOS 10 and iOS 11 is anything but minor; batteries can drain in half the amount of time following the upgrade.

Wandera's report shows how, on average, an iPhone or iPad running iOS 10 takes 240 minutes of usage to drain the battery from 100 percent to zero. With iOS 11 installed, this number plummets to just 96 minutes -- over twice as fast.

This is not the first we have heard of battery problems with the latest batch of releases from Apple. There have also been complaints about battery issues with the Apple Watch Series 3. Nor is it the first complaint specifically about iOS 11; users have been disappointed to find that toggles in the Control Center do not disable Wi-Fi and Bluetooth in the expected way.

But a battery that drains twice as fast is a serious issue. 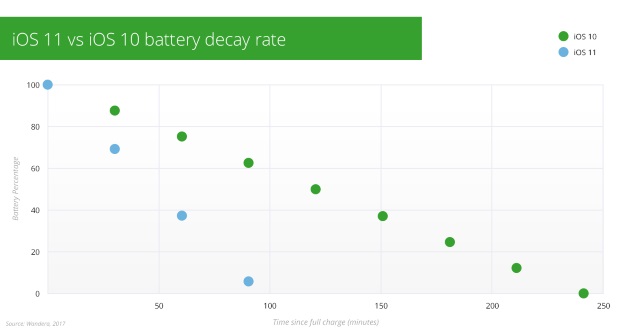 Wandera conducted its research by looking at "a subset of 50,000 moderate to heavy iPhone and iPad users." Over three days, battery decay rate was monitored on iOS 10 and iOS 11 devices. We've already mentioned that iOS 10 devices last for 240 minutes and iOS 11 device just 96, minutes, but Wandera provides another way of looking at the figures:

The uptake rate for iOS 11 -- just as with any iOS upgrade is high -- but just what is it that is causing the batteries of iPhone and iPads to drain so quickly... and will it cause people to think twice about jumping on the latest version so quickly, or even consider downgrading? Wandera does not recommend taking the downgrade route because of the security implications, but it does have some advice to help maximize battery life: