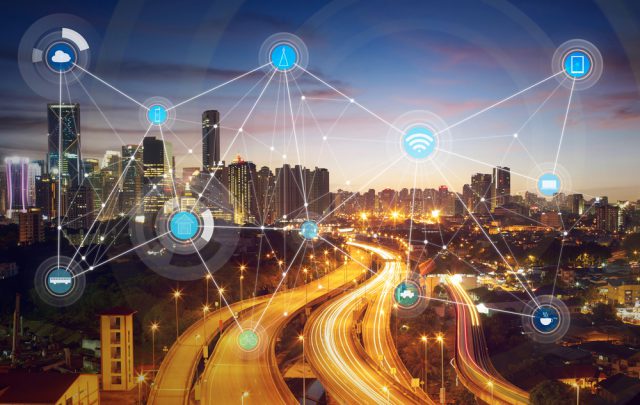 The UK’s biggest urban areas are embracing smart city technology at a faster rate than ever, new research has claimed.

The latest Huawei UK Smart Cities Index has revealed how many of the nation’s biggest cities are using new technology across a wide range of areas.

The Index, carried out by Huawei UK and Navigant, and revealed at a launch event in London this week, found that Bristol has snuck ahead of the capital to become the "smartest city," but that the rate of innovation was at an all-time high across the nation.

Looking at 20 cities across the UK and their smart city strategies, the Index named Bristol and London as "leaders" in terms of their progress, signifying that the two areas are using technology faster and more effectively than others.

Bristol was praised for its whole-hearted move into connected technology, particularly through the Bristol is Open project, which has helped to spearhead new initiatives, including a new City Operations Center to act as a hub for effective rollouts.

"Bristol is very serious about changing the quality of life for everyone," Julie Snell, managing director of Bristol is Open, said at Huawei’s launch event, "but it’s important that we work together, as the reality is that no one person, or city, can solve the big issues we are facing today."

London was highlighted for moving forward on several major new projects, including the Digital Greenwich program, which should act as a hotbed for breakthrough technologies, as well as appointing a chief digital officer to head up other new initiatives.

However, the report said that the two leaders should not rest on their laurels, as they were followed by 12 "contender" cities, including the likes of Birmingham, Manchester, Milton Keynes and Cambridge, all of which were hailed for their increasing use of smart city technology.

"The successful cities of the future are going to be smart cities," said Sir Andrew Cahn from the Huawei UK Board. "It’s clear from this report that cities across the UK have made considerable progress over the last year, developing and implementing strategies to improve the delivery of public services and the urban environment. The scale of progress throughout the country is represented by a doubling in the number of cities included in this year’s ranking index compared to 2016."